The Man Who Saw Everything review: Electrifying and profound 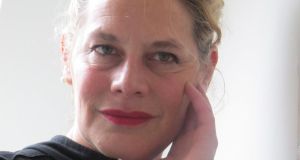 Deborah Levy: The Man Who Saw Everything is her third book to be acknowledged by the Booker Prize committee. Photograph: Jane Thorburn

Deborah Levy is a writer’s writer; her work hallowed in literary circles by those who perceive it as a masterclass in craft. And the establishment agrees. Of the seven novels she has authored, this latest offering, The Man Who Saw Everything is the third to be acknowledged by the Booker Prize committee. Swimming Home was shortlisted in 2012, followed by Hot Milk in 2016 – an impressive track record and one that is well deserved. Levy sets the standard for contemporary psychological narratives that are unflinching in their pursuit of truth.

This month marks 50 years since the iconic photograph of The Beatles crossing Abbey Road was taken. The Man Who Saw Everything begins with an enigmatic narrator, Saul Adler, waiting at the same pedestrian crossing for his artist photographer girlfriend, Jennifer, to come and recreate the image with him as the subject. It is 1988 and Saul – a beautiful, narcissistic historian – is about to embark on a research trip to Communist East Berlin where his access has been approved in exchange for a positive account of the German Democratic Republic. His homage to the famous Beatles image is intended as a gift to his translator’s sister who is obsessive about the band. Before Jennifer arrives, however, he is hit by a car, and despite just minor injuries, the course of his life is altered.

8 ‘My husband is unemployed. Where will he go if I leave him for my business partner?’

14 We said: ‘This is life and death, and we owe the Irish people’

18 Davy board commits to ‘appropriate actions’ after Central Bank fine

26 Boxever bought by US firm Sitecore in multimillion-euro deal

27 ‘It was tribal and sexual’: Alice Cooper on the debauchery of Detroit rock

29 Three arrested as gardaí break up street party in Limerick

33 Bill Gates: ‘I’m not trying to take anything away from Greta Thunberg, but...’

34 Gordon Elliott should take break to ‘get life back in order’, says Ted Walsh

35 Róisín Ingle: I told my children about my new handsome friend. They accused me of cheating

36 Michael Harding: ‘Thank you for your love,’ I wrote to a friend. Then I tore it up