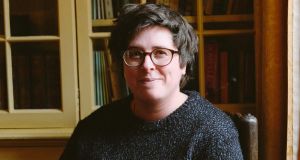 In the beginning was the word, and the lexicographer searched for the etymology of the word. For those who begin to find the component words as fascinating as the information they combine to form, there are dictionaries and the opportunity they afford to trace the formation of each word (from Proto-Germanic wurda- (source also of Old Saxon, Old Frisian word, Dutch woord, Old High German, German wort, Old Norse orð, Gothic waurd).

This obsession with the origins of language is central to Eley Williams’s first novel and becomes, for protagonist Peter Winceworth, a mechanism not only to locate accurate meanings for the dictionary he is helping to create but also to discover an opportunity to create new words for those aspects of life that lack precise definition. In The Liar’s Dictionary, there is, of course, a name for the creation of such words: “Mountweazels.”

1 ‘It was pitch black’ - Rescued teenager describes night afloat with her cousin in Galway Bay
2 Inside Meghan and Harry’s broken relationship with the royal family
3 Anne Doyle: ‘Depression? I know what it is, and it’s a b*tch’
4 Inside the O’Brien Fine Foods factory in lockdown Kildare
5 Over 400 complaints from migrant workers at meat plants lodged with WRC
6 A million trees, including 400,000 oaks, to be destroyed this week
7 David McWilliams: It is time for a major property reset
8 Garda killer Aaron Brady will be almost 60 by time he leaves prison
9 Jennifer O’Connell: Why is Trump afraid of Kamala Harris?
10 Irish team wins international competition with dementia app
11 Schools urged not to demand clean uniforms each day
12 ‘I’m going to ask you something,’ Sorcha goes, ‘Have you two been sleeping together?’
13 36 hours on Northern Ireland’s Causeway Coast: ‘Everyone is having a wild time’
14 Inside Meghan and Harry’s new $14.7m nine-bed, 16-bath California home
15 Aaron Brady, the man who said with pride he was a cop killer
16 Britain fails yet again to take Ireland into account
17 Politicians opt for staycations where peace may be hard to come by
18 ‘It was like somebody put a furnace in my core’: Michelle Obama on menopause
19 The hatred of HP Lovecraft: Racist, anti-Irish bigot and horror master
20 Coronavirus: 67 additional cases but no new deaths reported in the State
21 Shane Kenny convinced Achill water contamination triggered medical relapse
22 Mike Pence fretting as Kamala Harris shakes up Republicans
23 Biden-Harris: A force to be reckoned with
24 Lebanese roots keep things in perspective for Michael Cheika
25 Worst sporting moment: White knuckle ride on a hate-filled night at Windsor
26 Landlords’ group concerned with manner of Dublin eviction
27 Death of terminally ill prisoner ‘inhuman and degrading’, says charity
28 ‘My city roof terrace saved me in lockdown’
29 Conor Pope’s staycation diary: ‘It’s like I’m staring at a Polaroid of my childhood holidays’
30 Fergal Keane: I have never felt such a longing for home
31 The ‘Templemore Miracles’: How a fake bleeding statue led to an IRA truce
32 Ban on beer kiosks draws ire as Berlin dances on edge of volcano
33 Carrick-on-Shannon native left reeling by plan to raze home
34 Homeless man spoke about Covid-19 challenges month before death
35 Turn tomatoes and feta cheese into something magical
36 Housing activists assist tenants to re-enter property following eviction
37 ‘Staycation’ is just another sad casualty of the war against pointless pedantry
38 Emollient Micheál Martin hears baby talk from Boris Johnson
39 Tipperary mushroom plant suspends work as staff test positive for Covid-19
40 GAA in Ballymun: The whole team were called ‘scumbags’ by grown adults
Real news has value SUBSCRIBE