Book review: The 1965-66 Indonesian slaughter and its influence on anti-communist governments 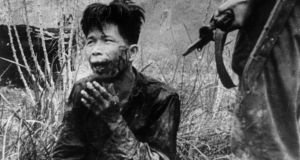 I remember seeing a few years ago a picture of some Indonesian fans at a match during a tour of southeast Asia by Liverpool. They were holding a banner that read “Justice for the 96”. It was an admirable display of solidarity for the dead of Hillsborough from the other side of the world.

Nonetheless, something jarred about the memorialising, given Indonesia has a significant hole in its collective memory for a massive historical injustice of its own. This was the slaughter of up to one million communists and suspected sympathisers in 1965 and 1966.

8 21 beds, 42 baths, and yours for $340m: Irish architect designs America’s most expensive home

11 Kamala Harris is about to make history. So is her ‘big, blended’ family

15 Q&A: Can I still pass Covid on after I’ve been vaccinated?

17 What can Ireland expect from Joe Biden?

18 ‘We’ll see each other again’: Trump bids farewell to Washington

19 Is this the face of Ireland’s lost patriot Robert Emmet?

21 Michael Harding: Talking to strangers. That’s what I miss

22 Kathy Sheridan: There is no fairytale ending to the Trump version of American Psycho

24 Gordon D’Arcy: Time for IRFU to be bold and secure futures of prized assets

27 What are Joe Biden’s Irish roots?

28 Baked spuds get a tasty, crunchy filling and topping

30 ‘I got a burning smell in my nose’: Third-wave Covid-19 patients share their experiences

35 Man who sexually assaulted woman on Luas tram is jailed

36 Joe Biden’s presidential inauguration: Where can I watch, and what are the key moments?