The Good, the Bad and the Little Bit Stupid: A couple’s hilarious Brexit fallout

Book review: Marina Lewycka touches on the social issues without being heavy-handed 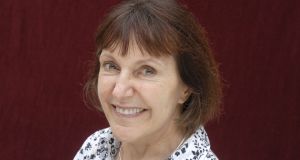 Marina Lewycka has a lot to answer for. Her breakthrough debut novel, A Short History of Tractors in Ukrainian (2005), may well be responsible for the miserable glut of quirky novel titles we now see.

You know the sort of thing: The Guernsey Literary and Potato Peel Pie Society (2008); The Earth Hums in B Flat (2009); The Incontinence of the King’s Elephants (any day now, probably). But just like Nick Hornby and Helen Fielding before her, she can’t be blamed for the stragglers that follow in her wake: her novels are bright and funny, if often strained.

1 Tuberculosis vaccine ‘potential game-changer’ in Covid-19 fight
2 What is Houseparty, the app everyone’s talking about – and not in a good way?
3 Irish woman in Sweden: No lockdown, little distancing, people still shaking hands
4 Mary Lou McDonald: This crisis shows that Sinn Féin was right
5 Remote control: Coronavirus is changing how Ireland is governed
6 Coronavirus: Situation in Ireland ‘misrepresented’ because of limited testing
7 Acclaimed Connemara writer Tim Robinson dies at 85 from coronavirus
8 Covid-19: Cocooning elderly over 70 at risk of vitamin D deficiency
9 Coronavirus Q&A: How to shop safely during Covid-19
10 Are holidays booked for July and August going to happen?
11 O’Brien may pull off $1.7bn Digicel debt write-off – but at what cost?
12 Fintan O’Toole on Tim Robinson: ‘One of the greatest writers of lands’
13 Coronavirus: Canada criticises Trump in row over protective masks
14 Murder of Cameron Blair has ‘shattered our lives’, mother says
15 Coronavirus: Efforts to tackle nursing home outbreaks to be ramped up
16 Meet the couple who dashed to get married just before the lockdown
17 No signs of lock-down fatigue in Ireland ... yet
18 Movies to stream right now: 10 great thrillers
19 Netflix has revealed its most-watched content. You might be surprised
20 Seanad election: Fianna Fáil on top as marathon count concludes
21 Cliff Taylor: Waking the economy up from its slumber will be difficult
22 International Booker Prize 2020 shortlist announced
23 Covid-19: Westport braces for tough times ahead
24 Cork men quarantined in Vietnam after St Patrick’s Day party
25 Coronavirus: Republic reports 22 further deaths, 424 new cases
26 Cheltenham faces criticism after racegoers suffer Covid-19 symptoms
27 Coronavirus: European solidarity sidelined as French interests take priority
28 Coronavirus: About 600 private consultants in limbo after State deal
29 Think you’re bad at video-conferencing? Boris Johnson is worse
30 Mother tells court she is denying ex-partner access to son over Covid-19 fears
31 Debt market freeze hits sour note for Bank of Ireland
32 Coronavirus: Organic fruit and veg supplier sees orders rise sharply
33 How fitness gurus stay healthy at home
34 Starmer poised to step centre stage as UK Labour Party leader
35 Ireland has strategy to ‘break the chains’ of coronavirus - WHO’s Mike Ryan
36 Pope Francis: An icon of hope and solidarity in a time of crisis
37 ‘This is war’: Irish health workers on their Covid-19 crises
38 The chickpea stew that broke the internet in the US is here. Give it a go
39 Tiger King: You wait years for just one animal-collecting weirdo, then half a dozen arrive at once
40 Victory for Alan Kelly in Labour leadership contest as Aodhán Ó Ríordáin concedes
Real news has value SUBSCRIBE