The Dirty South: Probably the best crime novel you will read this year 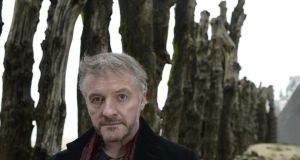 Noir has always been aware of its debt to classical Greek tragedy, its heroes predestined to an early doom as their flaws and weaknesses are exposed and punished by implacable Fate.

In the private detective subgenre, the detective becomes something of a one-person chorus, observing, narrating and passing judgment. Very few private eyes, however, are as articulate in their lamentations as Charlie Parker, John Connolly’s tortured detective, who has been pursued by Furies over the course of 18 memorable novels since he first appeared in Every Dead Thing (1999).

8 Gary O’Hanlon: ‘Guys are supposed to be fine about miscarriages. But I wasn’t’

10 Marianne Faithfull on nearly dying of Covid-19: ‘My lungs are still not okay. I need oxygen’

11 Kenmare hotel will not be ‘at your service’ until June, says John Brennan

12 Gerry Thornley: IRFU must grasp this opportunity for club game

13 ‘The social worker said: Were two seconds of pleasure worth it for all this?’

16 WHO warns of ‘catastrophic moral failure’ in Covid vaccine distribution

20 Kamala Harris is about to make history. So is her ‘big, blended’ family

26 The SNP and Scottish nationalism

28 The Secret Teacher: Our belief that Leaving Cert is exemplary is at dizzying heights

31 Tadhg Furlong set for return to rugby after lengthy absence

32 Joe Biden’s presidential inauguration: Where can I watch, and what are the key moments?

36 Messi’s red-card outburst the act of a desperate, hopeless man

40 ‘Our history with Ireland, lots of English people just don’t know it’