The Deep Heart’s core review: In a kind of voodoo, poets reveal their tricks

From commissions to pure inspiration, poets show us glimpses of the birthing process 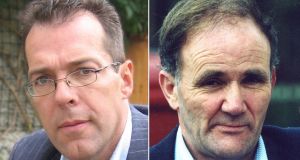 Pat Boran refers to “the mystery”, and Eugene O’Connell refers tantalisingly to “the pathology of the creative impulse”

If there’s one things poets like more than talking and writing about their poems, it’s reading what other poets have to say about their own poems. There’s a certain illicit frisson about it, like peering over somebody’s shoulder on the school bus to see how they solve the maths homework. You’re snooping about in someone else’s workshop, hoping to pick up a few trade secrets.

For some poets the process of writing might be even more interesting than the finished product. It is hardly surprising that the editors of this anthology had little difficulty in persuading 100 Irish poets to write about a “touchstone poem of their own”.

Describing how a poem comes into being can be a particularly revelatory act, as the best poems come from a place we don’t know. As Michael Longley once said, if we knew where they came from, we’d go there. Fascinating as many of these pieces are, there’s always an element of postfactual rationalisation, with the conscious mind’s manipulative craft and craftiness given more credit than they deserve.

What the poets are engaged in here is a kind of voodoo. No poet knows where the next poem is coming from, if it decides to come at all. Poems come as a gift – and the gift might just stop. Revisiting the scene of past triumphs, and rehearsing them, is a kind of magical invocation that might somehow encourage the next poem to appear.

Still, perhaps not all of these pieces should be taken at face value: why would they give away the store? Francis Bacon claimed he didn’t make sketches or preliminary outlines for his paintings, but, exploring his studio, you will see how he used photographs and images from magazines and books as their basis. And there is no reason to believe that poets are any less devious than visual artists. As Seamus Heaney said, “You have to protect the gift.” In this context John O’Donnell quotes Shakespeare: “The truest poetry is the most feigning.”

Some of the poets here, indeed, do give little away, simply glossing where the various components of the poem come from, and trying to pinpoint how they actually became a poem.

In his introduction, Pat Boran refers to “the mystery”, and many of the pieces circle around a particular moment, which used to be called inspiration. It is hard to define. Theo Dorgan writes about how he initially felt the words for his poem “as a pressure in the air around me”. For Tara Bergin, it’s like getting “a poor-quality long distance phone call”.

Other poets seem to get to this moment by a process of triangulation: Eavan Boland talks of a “crisscrossing of memory and decision and private history”, whereas for Jessica Traynor the triangle is herself, home and the unexpected glimpses of reality.

Inspiration can lurk in the detail: Moya Cannon very aptly compares the poet to a stone-age hunter, who, “like the artist, notices detail because he or she has to”.

Inspiration can take many forms, with the seemingly banal ones no less authentic. Maurice Riordan baldly states that in his case, it was a commission. Martina Evans points out the obvious fact that “poems beget other poems, although the lineage is murky”, but then goes on to reveal the trade secret that, for poets who teach poetry, a poem may come from an assignment given to students.

It would be hard to extract a general theory of creation from this anthology, yet some things seem to congeal and clarify. Eugene O’Connell refers tantalisingly to “the pathology of the creative impulse”, and indeed the relation between creativity and mania is a hot topic. It’s not a distinction the stone-age hunter or the stone-age poet would have understood.

The best pieces here hint at how the poet can get in touch with what Richard Murphy calls “the Queen of Inner Operations”. It would be hard to define it better than Alice Lyons when she talks of “fumbling, feeling, groping, playing – not so much to recover radical innocence as to create conditions for radical stumbling”.

This volume contains a useful cross- section of poetry written in Ireland over recent decades. Above all, for both practising and apprentice poets, it is a handy manual on how to house-train miracles.

If North and South are to join together, the notion of Irishness will have to broaden

If North and South are to join together, the notion of Irishness will have to broaden