Book review: How we evolved from superficial wash-ups to a germ-obsessed world today 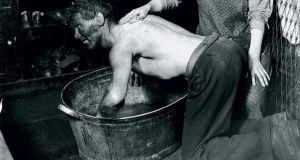 Louis XIV became king of France as a toddler in 1643 and ruled for an astounding 72 years. More astonishing, perhaps, is the number of times the Sun King bathed during his long reign: twice. When he was in his twenties and suffered convulsions, doctors prescribed bathing as a form of therapy; the king, however, quickly rejected their advice. The baths, he complained, left him with severe headaches.

The monarch who built the opulent Palace of Versailles and transformed France into a military powerhouse stuck with a hygienic routine that was rigorous for the times – after a daily rubdown from his servants, he rinsed his hands in scented water and, every other day, wiped his face with a moistened towel. To Louis and his fellow 17th-century aristocrats, being clean required frequent changes of clothing throughout the day, not soap and water. “The cleanliness of our linen and its abundance,” noted the French writer Charles Perreault in 1688, “are worth more than all the baths in the world.”

1 Gardaí investigating four-lane motorway sulky race
2 How much coffee should I drink? How much is too much?
3 ‘Right-wing extremist’ motive suspected for man who killed nine in Germany
4 Bloomberg attacked from all sides in heated Democratic debate
5 I decided that day if I start working for myself at least I'll know where I stand
6 Woman sues over catching Legionnaires’ Disease in luxury hotel spa
7 Newton Emerson: Under what conditions would FF or FG share power with SF?
8 Two arrested in connection with murder of Keane Mulready-Woods
9 Galway development could transform skyline with 21-storey tower
10 Andy Farrell ticking all the boxes in advance of England showdown
11 Teenage girl (16) killed and three others injured in Cork crash
12 Martin tells party government may not be formed until April
13 Grave concern in North over London’s new immigration rules
14 Council to refuse applications for Airbnb-style short-term Dublin lets
15 Tusla disclosed location of child victim to alleged abuser – report
16 Would you kill one person to save five? Depends if you’re a millennial or not
17 Classic car dealer closes doors on prime Dublin 4 site
18 Miriam Lord: Posturing, preening and photo-ops dominate 33rd Dáil prelims
19 Ireland wary of Peyper calling the tune as they head for Twickenham
20 Owen Doyle: Day of the jackal may be coming to an end
21 A Russian cruiser with ‘cannibal rats’: What other ‘ghost ships’ could be out there?
22 Jim Mansfield Jnr denied permission to attend mother’s birthday party in Spain
23 The science of rest and why it is important to daydream
24 ESB called out for ‘contributing to human rights violations’
25 Fianna Fáil names team for formal government formation talks
26 David Brady says he's witnessed illegal payments of GAA managers
27 Coronavirus: Two passengers die after leaving Japanese cruise ship
28 Big tech ‘procedural queries’ delay decision on first data fines – watchdog
29 Q&A: How is the ceann comhairle elected and when will Varadkar go to the park?
30 Firm behind luxury Dublin rentals to appeal short-term let ban
31 Planners probe Dermot Bannon’s garden bath den
32 New State body lent €114m to build 600 homes in first full year
33 DUP pleads with UK to reduce salary threshold for migrant workers coming to North
34 Colum McCann on Israel-Palestine: ‘I was completely ignorant of what was going on’
35 ‘If all the immigrants go back, who will work in the meat factories and do the crap jobs?’
36 Expert tips: A dentist on how to have perfect teeth
37 Enticing prospect in Blackrock scheme on former private school site
38 Players impressed with Bono’s Irish pride and desire
39 The Irish Times view on the UK’s migration rules: crude and self-defeating
40 I’m worried about my neighbour’s new ‘shed’ and what he intends to use it for
Real news has value SUBSCRIBE