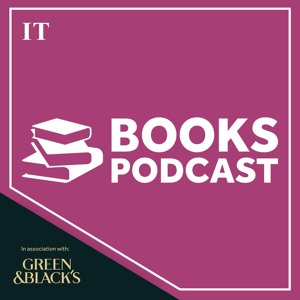 It has been some year for Danielle McLaughlin. On Thursday, she won the 2019 Sunday Times Audible Short Story Award, whose £30,000 (€33,500) prize money makes it the world’s richest for a short story. Last March, she was awarded the $165,000 (€150,000) Windham-Campbell Prize for fiction. The former solicitor from Co Cork, who only took up writing seriously 10 years ago at the age of 40 when illness forced her to stop practicing law, spoke to me for The Irish Times Books podcast from London the morning after her latest success. We talked about her winning story, A Partial List of the Saved, her debut collection, Dinosaurs on Other Planets, and the remarkable strength of the Irish short story tradition. Two of the other five writers on the shortlist were also Irish – Kevin Barry, a previous winner and like her a protégé of Declan Meade, publisher of the Stinging Fly, and Louise Kennedy – while Caoilinn Hughes, Wendy Erskine and Gerard McKeague made it six out of 18 on the longlist. She also discusses her forthcoming debut novel, Retrospective, which will be published by John Murray in 2021. “It began back in 2012 in a writing workshop given by Nuala O’Connor at Waterford Writers Weekend. I can still remember the chalky feel of the prompt – a piece of broken crockery – in my hand. It’s set between Cork city and west Cork and the main character is a fortysomething woman whose past intrudes on her personal and professional life at the worst possible time in the guise of her dead friend’s son and his father.”

The Books Podcast with Martin Doyle. Sponsored by Green & Blacks.