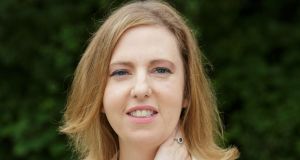 Antoinette Tyrrell: with more modern examples of Big House fiction, the reader enters a more accessible world where privilege has fallen away

In one of the early episodes of Downton Abbey the decidedly bourgeois heir- apparent sits down to dinner with the family and makes reference to the weekend. The Dowager Countess, played by the brilliantly haughty Maggie Smith snarls across the table at him: “What is a weekend?”

The scene, written by Julian Fellowes, captures to perfection the appeal of the Big House and why entertainment set in these opulent bastions of the privileged few are of such fascination. In a world of constant connection and always being “on”, the appeal of entering a fictional world of slow and pampered lives, albeit facilitated by the toil of others, is not surprising.

The Big House has always been a popular theme in fiction. Evelyn Waugh’s Brideshead Revisited, EM Forster’s Howards End and Daphne Du Maurier’s Rebecca may not be at the top of everybody’s reading lists but the place these books hold in popular culture is undeniable.

The place of the Big House in Ireland’s cultural psyche, and in our fiction, is a thornier issue. This is perhaps due to their use as a representation of more than simply the seats of the ruling classes but also as mirror-images of the fall from power of Anglo-Irish society.

Built by the ruling Protestant ascendancy classes who came to power after the Cromwellian invasion of Ireland, many of these houses were built in the first half of the 18th century. According to Dr Terence Dooley, in his social history, The Decline of the Big House in Ireland 1860-1960, during their heyday there were about 4,000 such houses dotted around the country. They ranged in size from palatial mansions such as Carton House and Castletown House, to houses which were more modest but still significantly larger than the typical Irish home of the time.

A combination of events brought an end to the indulgent lifestyles of the Anglo-Irish that played out in the houses. Successive land acts enabled Irish Catholics to purchase land. Many landlords had driven themselves into significant debt, having spent vast amounts of money upgrading and maintaining their houses. Without the income from vast swathes of land, and the labour of their former Catholic tenants to support their extravagance, the landed classes and their houses began to fall into decline. Added into the mix were the large number of houses that were burned or bombed during the Irish revolutionary period. By the mid-1920s many of the houses that had survived the War of Independence and the Civil War were sold or simply abandoned.

Given their turbulent history and their place as symbols of our colonial past, it’s no surprise that Big Houses have not been celebrated in Irish fiction as they have in English. Notable fiction set against the backdrop of the Irish Big House include Maria Edgeworth’s Castle Rackrent, published in 1800 and viewed as the original Big House novel. It was first published in England and contained footnotes to explain particular “Irishisms”. It depicts how successive members of one Anglo-Irish family squander their wealth over generations, living off the hard labour of their Catholic tenants. In the end they get their comeuppance, which probably didn’t upset Edgeworth’s original readership too much, a primarily English audience. The Anglo-Irish were very much looked down upon as uncouth, and not on a par with their aristocratic peers across the Irish sea.

Later, Elizabeth Bowen captures the dying days of Anglo-Irish society in The Last September with the ominous presence of the turmoil playing out beyond the demesne walls, constantly lurking in the background. Set during the War of Independence, the novel was first published in 1929. By the time of publication, the golden age of Ireland’s Big Houses was truly at an end. Bowen artfully depicts a society that will not survive in a modern world. To prove her point the novel ends with Danielstown, the house at the centre of the novel, being burned to the ground.

What Elizabeth Bowen and Maria Edgeworth had in common, like many other writers of Big House fiction, was that they themselves were members of the Anglo-Irish classes and so wrote from a unique perspective.

With a remove from history we began to see the Big House featuring in Irish literature in a more relatable way from writers such as John Banville in Birchwood and Jennifer Johnston in her novels, including Fools Sanctuary. With these more modern examples of Big House fiction, the reader enters a more accessible world where the privilege has fallen away, and the characters are left searching for their place in a new world.

Numerous other depictions of Big Houses are dotted across Irish fiction. William Trevor’s Fools of Fortune and The Story of Lucy Gault, JG Farrell’s Lost Man Booker Prize winning Troubles and Molly Keane’s Good Behaviour, Time after Time and Loving and Giving. In these books readers encounter eccentric characters, crumbling piles and orderly worlds disintegrating, as social upheaval reigns beyond the demesne walls. Each one of these works has added further depth to our literary landscape. While historically they have been divisive, their place in our literary heritage is uniquely Irish.
Antoinette Tyrrell’s debut novel Home to Cavendish is published by Poolbeg and available in book shops now

The best family-friendly films on Netflix
4