The Adversary (2000) by Emmanuel Carrère: A monstrous vanity 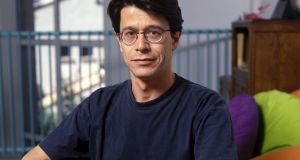 Emmanuel Carrère had been writing books for almost two decades when he published The Adversary, the intense true-crime work that commenced one of the more fascinating literary projects of our times: Carrère’s sequence of “non-fiction novels” that also includes My Life as a Russian Novel, Lives Other Than My Own, Limonov and The Kingdom. In these post-fictional works, Carrère puts himself front and centre, incorporating his struggle to write each book as a narrative element within it.

This is no dry academic pursuit like that of the American postmodernists who were in vogue a few decades prior, but a gripping new mode of narration whereby the author declines to pretend he is an invisible witness and reveals the blood on his hands. Nor was Carrère motivated by that exasperation with the process of fictionalisation that has led the likes of Karl Ove Knausgård or Rachel Cusk to seek new trails in autobiographical writing: by his own admission, Carrère still wanted to write novels, he just couldn’t do it.

In 1993 Carrère began a correspondence with Jean-Claude Romand, who was awaiting trial for having murdered his wife, parents and children after cracks had begun to show in the elaborate lie he had been living for decades, involving a non-existent career in the World Health Organisation, and money borrowed in secret desperation to maintain the trappings of bourgeois normality. In The Adversary, Carrère finds himself identifying unsettlingly with Romand, seeing himself reflected in the abyss of Romand’s shame and the horror its exposure unleashed.

Indeed, there is a monstrous vanity at the core of Carrère’s project – the kind of vanity that entails exhibiting the most odious and tortured corners of one’s psyche. Ever since The Adversary, even when he is telling the story of early Christianity as a PKD-style thriller of metaphysical insurrection (The Kingdom), or narrating the astounding life of a volatile Russian author (Limonov), Carrère has been writing primarily about himself. Because he does it so brilliantly, you wouldn’t want it any other way.