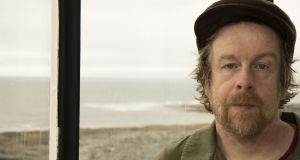 Kevin Barry has the rare talent of being able to convey in sentences what is not said, not even fully thought, by his characters. Photograph: Louise Manifold

Readers come to a new collection of short stories by Kevin Barry with the highest expectations. As Night Boat to Tangier showed, Barry is particularly impressive as a writer of men’s voices and stories, which means that he has the rare art of being able to convey in sentences what is not said, not even fully thought, by his characters.

Barry often writes the stories of people who don’t talk, or don’t say or know or consider what they mean when they do talk, and in this collection those are mostly men of a certain age whose lives have not taken obvious courses. The epigraph, from Jane Campion, warns us that “the romantic impulse is… a heroic path and it generally ends dangerously”.