David Nicholls, the author of One Day and Us, returns with a bittersweet but comic coming-of-age novel 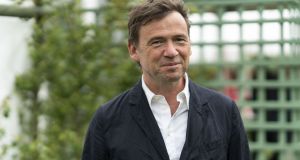 The year 1997 was a seminal year for Great Britain; in just 12 months the nation was rocked by the death of Princess Diana, Titanic was released, the first Harry Potter book was published, Britpop was in full swing and Labour ended 18 years of Conservative government. And yet for Charlie Lewis, the protagonist of David Nicholls fifth novel, Sweet Sorrow, 1997 will be remembered for its life-changing summer when he fell in love with Fran.

A decade after publishing his international bestseller, One Day, and four years since the Booker nominated, Us, Nicholls returns with a bittersweet but comic coming-of-age novel that articulates the poignancy of teenage dreams with great alacrity.

6 Mothers going it alone: ‘A house filled with love’

7 Fintan O’Toole: We had zero Covid and we blew it

10 David McWilliams: Why Ireland will recover faster than others

13 Jennifer O’Connell: The Government doesn’t trust us and it’s mutual

17 ‘We should have done better’: Cillian de Gascun, Paul Reid and Stephen Donnelly look back

35 Diarmaid Ferriter: We are being infantilised on Covid-19 by an immature Government

38 Divers steal beer being aged by sunken ship off Argentina