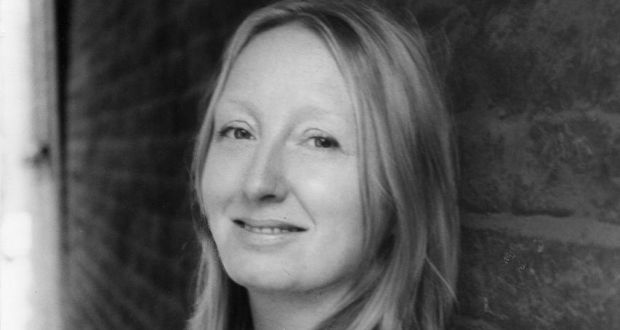 Jane Harris: her new novel charts the perilous journey of two slave brothers from Martinique to Grenada in the 18th century

Like their beloved fictional cousin the unreliable narrator, the inadequate narrator of a novel draws the reader into a tale by forcing them to take an active role in the plot.

The reader must themselves deduce what the narrator can’t understand. The Guardian literary critic John Mullan coined the term in relation to the protagonist of Mark Haddon’s bestselling novel The Curious Incident of the Dog in the Night-Time.

A teenager with Asperger’s syndrome, Christopher can’t understand the messy marriage of his parents, requiring the reader to figure out the curious incident themselves. The unreliable narrator, as Mullen points out, denotes an element of deception. Inadequate is a more appropriate description of a character who is entirely trustworthy despite his or her lack of understanding.

It is a fitting choice of narrator for Jane Harris’s third novel Sugar Money, which charts the perilous journey of two slave brothers from Martinique to Grenada in the 18th century to recover 42 slaves their French master claims were stolen by English invaders.

We see the doomed mission, based on a true story, through the eyes of Lucien, the younger of the brothers, “thirteen or fourteen years old or thereabouts”.

Through masterful detail, Harris shows the dehumanisation of the brothers and their fellow slaves. They use bird calls to warn each other of danger. They’re traded like livestock, separated from their families on the whims of their masters, whipped – or sometimes much worse – if they dare to show spirit. These harrowing images build over the course of an action-packed novel to give a true and awful picture of the conditions of slavery.

With the bluster of a teenage boy who wants to be considered a man, Lucien gladly accepts the mission ordered by his master, a French monk. He imagines his “triumphant return to Grenada”, where he grew up as a slave in a hospital run by British colonisers. His older brother Emile knows the mission is a fool’s errand, and his attempts to leave Lucien behind give the reader a tragicomic intuition. As Lucien complains that Emile treats him like a baby, the desperate situation is clear.

From the beginning, Lucien is a likeable voice whose lightness contrasts with the barbarity around him. He spouts English quotations (“The fault, dear Brutus, is not in our stars, but in ourselves, that we are underlings”) and berates himself for not impressing the brother he idolises: “Some such nonsense came out of my mouth and I could have kicked myself all around the hospital for sounding like a fliperous coquette.”

Lucien’s dialect shows the legacy of multiple colonisers, multiple masters. It is beautifully cadenced, mixing French and English with Caribbean patois, formal register and slang: “Ergo I pass more time in her company,” says Lucien of his brother’s lover Celeste who tended Lucien as a child. “Annou alé” is the oft-repeated instruction the slaves give each other as they keep going on their mission. Lucien himself points out how language alludes to history: “We were prone to vex the friars with bombast kréyol.”

Harris’s two previous novels, also in the historical fiction genre, have earned her comparisons to writers such as Sarah Waters and Michael Faber. Her 2006 debut The Observations was shortlisted for the Orange Prize. Her second novel Gillespie and I (2011) was another Victorian-era mystery, the story of an unreliable spinster narrator accused of infanticide.

The historical context of Sugar Money is discussed in an afterword by Harris, where she details her research and how she used the accounts of real people from the era. All of it comes through in character. In Martinique, Lucien tells us that “Goddamns was what we sometimes called the English”, charting their invasion of the French Antilles in the 1760s and how they’d handed back “most of their Caribee spoils” nine months later except for Grenada and her sister isles. The monks dispatch Lucien and Emile to Grenada because they want the slaves back to help them grow sugar. The conditions of the slaves under English rule – later described in visceral, unflinching detail – are of little concern: “Cane is sugar, sugar is money.”

Broken into 11 parts and 64 short chapters, there is plenty happening in Sugar Money, including an underdeveloped love story and the plights of numerous slaves that are movingly if fleetingly related. As befits his age, Lucien is light on reflection and the book as a result feels too fast-paced at times.

Sugar Money is an unashamedly old-school adventure story in the vein of Robert Louis Stevenson, who Harris cites as inspiration. Like all good adventure stories, it follows an underdog on a seemingly unwinnable mission. The tragedy at the centre of the novel is that the events are based on reality, with Lucien and his brother as true underdogs of history.