Strange Hotel: A meditation on loneliness, ageing, sex and mortality 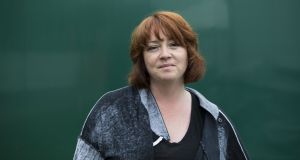 Eimear McBride set the bar impossibly high in 2013 with A Girl is a Half-Formed Thing, famously yoking Joycean pyrotechnics to the delight, despair and revulsion of a troubled teenage girl in rural Ireland. Her follow-up, The Lesser Bohemians, attracted a little less attention, perhaps because its jittery music and its subject matter and setting (destructive student-teacher relationship; London) were more familiar. Her latest, Strange Hotel, is an altogether more sober affair, stripped of linguistic exuberance, and for the most part of affect and event. Its rewards are less immediately obvious, although they do become more apparent on a second reading.

The novel opens with a list of cities: London? Paris, St Petersburg, Moscow, Budapest, Bratislava, some of them marked with an ‘x’ whose significance is not immediately apparent. A woman – simmering, impatient – books into a hotel in Avignon, a place in which she has no interest whatsoever, and which reminds her first of Death in Venice and then of death generally: “Displaying its feathers as the always inevitable.” (Death as the thing with feathers?) She has been here before, and recognises a cigarette burn on the skirting board. Everything – registration, key, door opening, checking of wash bag for spilled shampoo – is recorded in detail and in close-up, as if bearing a great deal of narrative weight.

1 Coronavirus: Surge in cases still expected to hit hospitals in coming days and weeks
2 Are holidays booked for July and August going to happen?
3 Revealed: Here’s how Liath’s €19 Michelin-star takeaway tastes
4 Expect lockdown restrictions until September, says Dalata hotels chief
5 ‘Everyone still thinks it’s a joke’ - parents of toddler with coronavirus speak out
6 Cork men quarantined in Vietnam after St Patrick’s Day party
7 Coronavirus: Trump’s tone changes as US faces brutal loss of life
8 Patrick Honohan: Preparing for post-pandemic financial reckoning
9 International Booker Prize 2020 shortlist announced
10 No signs of lock-down fatigue in Ireland ... yet
11 Coronavirus an opportunity for Beijing to usher in Chinese century
12 Coronavirus: first stark evidence emerges of the economic price
13 Think you’re bad at video-conferencing? Boris Johnson is worse
14 Coronavirus: Westmeath has highest rate of Covid-19 outside of Dublin
15 Testing on some Irish samples to be carried out in Europe, HSE says
16 ‘Putin is crazy’: Russian leader lambasted over US coronavirus aid
17 Coronavirus in Ireland: New powers of arrest for gardaí expected to come into force
18 Timmy Dooley faces uphill struggle as Seanad election count resumes
19 Dublin estate agent offers free accommodation to hospital workers
20 ‘It’s Sinn Féin against the rest’: NI Executive in conflict over coronavirus
21 O’Brien may cede 49% of Digicel empire under debt write-down plan
22 Coronavirus: Should everybody be wearing masks to combat Covid-19?
23 FF-FG government would look to avoid return to austerity
24 ‘Dad began to slip away... but my sister could only join by Facetime’
25 Record 330,000 jump in numbers claiming unemployment benefits
26 ‘For the first time in years it is a renter’s market’
27 Irish family pay tribute to UK medic who died from Covid-19
28 Don’t let your short-term crutch become a long-term drink problem
29 Gardaí operating Covid-19 checkpoint seize €70,000 worth of heroin
30 Netflix: 10 of the best new shows and films to watch in April
31 Virgin Media takes on extra staff due to unprecedented demand
32 Poor showing for women in Seanad elections as Varadkar’s plea ignored
33 Almost 90% of applicants receive Covid-19 unemployment payment
34 Stunning soup that only needs three ingredients
35 Amy Huberman’s Isolation Diary: ‘We’re finding things for Brian to paint’
36 Avoid the treadmill at all costs – marathon training in the 2km radius
37 A letter to Ireland from Italy: this is what we know about your future
38 Ireland’s pharma industry gears up to make key ingredient for Covid-19 testing
39 Child rapist with Covid-19 concerns refused bail
40 John Boyne’s children’s short story competition: Read the winning entries
Real news has value SUBSCRIBE