Stolen LPs, industrial schools, the Heavy Gang and me 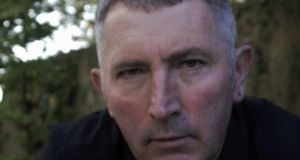 Kevin Doyle: my interest in the plight of those who suffered in the industrial schools system was to form one of the pillars of my recently published novel

Back in the eighties I was living in Douglas Street – a long, narrow thoroughfare on Cork’s inner-city southside. Today, Douglas Street is home to Frank O’Connor House, the beautifully renovated Nano Nagle Place, as well as a host of busy cafes and pubs renowned for their live music. However, in the eighties, Douglas Street was attractive mainly because of its proximity to the city centre and its surplus of cheap accommodation. When I lived there I discovered that it had a friendly community of people with connections to the area going back over many generations. Although a northsider I was made to feel very welcome.

Bad luck struck one weekend and my entire collection of punk and new wave records were robbed. I had an extensive collection of 45s too but those weren’t taken. Some money and a cheque book vanished – I was the treasurer of UCC’s Socialist Society at the time – as well as some other bits and pieces. Not long after the break-in, the thief was caught, attempting to cash a cheque. The gardaí were pleased by this but my records weren’t recovered. For a few weeks afterwards, I combed the city’s secondhand record shops hoping to see some of my treasured collection but not one of the missing vinyls ever reappeared.

Decades later and at a very different stage in my life, the fate of my records came back into my mind. By then I had two children to look after and they were attending the Cork School Project (now Cork Educate Together National School) located on Grattan Street in the Marsh area of Cork. I often dropped them to school and collected them later. This involved walking through town and one shop of particular interest was on Castle Street, off North Main Street. A charity shop, it was renowned for its interesting window displays which might feature antiquarian books one week, hill walking equipment the next.

I occasionally ventured into the shop to see what was on offer. This was the noughties and records and LPs were not yet back in fashion. There were boxes of vinyl lying about on sale at giveaway prices and sometimes I checked these, a bit absent-mindedly, but with an eye for any of the musical gems that I had lost all those years ago. It was on one of those occasions that I wondered about the idea of finding my record collection again and what that might feel like. It would be strange and odd, right? So what if I found the entire collection still intact? It never happened but I realised that I did have an idea for how a story – probably set in Cork – could begin.

I had been writing short stories for some time. In 2010, a story of mine, Capricorn, about an industrial school survivor who had gone to the remote Pilbara region of Western Australia to live and recover was published by Ciaran Carty in the New Irish Writing page of the Sunday Tribune. Mary Johnson, partner of renowned Cork poet Patrick Galvin, had always taken an interest in my work. I had got to know Mary and Patrick through the Munster Literature Centre. I also worked with them in 1996 to host a series of events in Cork to remember the 60th anniversary of the beginning of the Spanish Civil War. When Mary Johnson read Capricorn she pointed out to me that she felt there was a bigger story, alluded to in the short story, waiting to be told. I initially dismissed the idea but in fact she was correct and in due course my interest in the plight of those who suffered in the industrial schools system was to form one of the pillars of my recently published novel To Keep A Bird Singing.

Another pillar was Special Branch. I went to college in Cork towards the end of the seventies and became immersed in left-wing politics soon after. From the perspective of today it was a strange time. As the seventies became the eighties the North of Ireland was in turmoil and there was already a spillover into the Republic. This was the era of the Heavy Gang, a special unit that it was alleged existed in the Garda with the remit to extract confessions from suspects. It was also the era of the Sallins train robbery when a number of men linked to the Irish Republican Socialist Party allegedly had false confessions beaten out of them while being held in Garda custody. Although Cork, relatively speaking, felt like it was far away from the Troubles, there were rumours of IRA activity in the county and along with that reports of Garda repression. The name of Special Branch was often heard in relation to these rumours and back in those days anyone involved in left-wing politics was careful about encountering any members of the unit.

To Keep A Bird Singing emerged with much of the above on my mind. The story is set in Cork in 2010 as austerity is getting into full swing. When the main character, Noelie Sullivan, finds his missing punk record collection on sale in a charity shop in Cork he also discovers, to his dismay, information about a missing local man, Jim Dalton. Forced by circumstance to look into the matter further he eventually uncovers information linking the missing man to a former industrial school outside Cork. What he cannot work out is why Special Branch is so interested in what he is doing.