Book review: The main character in Ian Macpherson’s witty novel is facing up to the decline of his stand-up career 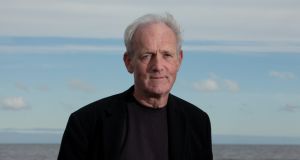 Back in the day Ian Macpherson was a stand-up with a killer opening line for wherever he played, eg Cheltenham: “They say you play Cheltenham twice – once on the way up... once on the way down. It’s great to be back.”

He has since turned away from stand-up to writing and Sloot (this fantastic word derives from a north Dublin pronunciation of “sleuth”) is his latest and begins with a stand-up’s last stand: “For every stand-up, there’s a moment where you realise you’ll never get that kind of laughter again, that the world has shifted imperceptibly on it’s axis, and this was Hayden’s moment. The generational handover moment. Nothing to be done. Move on.”

6 My Covid experience: ‘The mind starts to race. Oh God, why didn’t I do more with my life?’

7 One mask is good. Would two be better?

9 Hang up! HSE warns public to be aware of Covid vaccine scam

14 Una Mullally: Government failing to lead us through pandemic

17 Tax relief on dining out expenses a flop

21 Ken Early: Mesut Özil a symptom of Arsenal’s stagnation not a cause

24 Colum Eastwood: Seamus Mallon’s offer is still on the table if unionism is interested

25 The Offload: Ireland’s succession issue at 10 on show once more

26 Six Nations 2021: This feels like the real start for Andy Farrell’s Ireland

29 Covid-19: How to look after yourself if you catch the virus

35 Tipping Point: Racing people need to stand up for their sport

39 Traveller who tried to book hotel wedding awarded €15,000 for discrimination

40 ESB seeks to turn museum into luxury apartments for sale