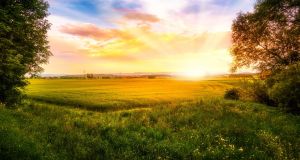 What is freedom, how do we experience it, and how is it constrained? What kind of hold does the capitalist money system have over our lives? To what extent can the past and our commemoration of it be a resource for those in the present seeking alternatives to current orthodoxies? What, if any, is the role of media in protecting and extending democracy?

These varied questions, and many, many more, are addressed in a new series of books published by Cork University Press. With four titles already in bookshops and others on the way, books in the Síreacht series are short, topical and provocative texts that confront controversial issues in contemporary society but do so with a distinctively Irish focus. They aim to re-invigorate imaginative or utopian social thinking in contemporary Ireland.

The word Síreacht is associated with the phrase ceól sírechtach síde and can be traced back to Irish medieval poetry where it evoked the longings or yearnings of the aos sí, the supernatural people of Irish mythology. At the heart of the mythology of the sí is the belief that laying beneath this world is the “other world”.

For 21st-century readers Síreacht reflects and expresses a similar conviction that Ireland as it is does not exhaust all possibilities, and that an Irish society characterised by better ways of thinking, being and doing is within reach. Channelling the spirit of the 1968 refrain “under the cobblestones the beach” and the more recent World Social Forum assertion that “another world is possible”, books in the series address the urgent challenge to imagine new societies and relationships, while identifying the seeds of these other worlds in what already exists.

As editors of the series, we want to ensure that the books are attractive to a wide readership. Therefore, authors address important and controversial topics but write accessibly, and they “take sides” in a way that invites the curiosity of the reader.

The books themselves are designed to be small and portable, so that they are comparatively inexpensive and can be read anywhere. It is also vital that over the life-span of the series contributors will come from diverse backgrounds and perspectives: we want to avoid monolithic viewpoints, new orthodoxies or the closing off of debates.

However, all contributors do share a critical disposition in relation to “received wisdom” about culture, economy or society in Ireland and are all are concerned with the exposition of what are often derided or disparaged as “utopian” ideas and “minority” perspectives.

The series was formally launched in May 2018 with the publication of Freedom? by Two Fuse, which is a collaboration between sociologist Kevin Ryan and artist Fiona Whelan, Public Sphere by Harry Browne and Commemoration by Heather Laird. They were followed in November 2018 by Conor McCabe’s Money and a range of public events across the country to highlight the book’s arguments.

In Freedom? Two Fuse lay bare the social suffering associated with entrepreneurial notions of freedom that trap us in systems of “catching up, keeping up, and getting ahead”. Looking at practices of socially engaged art and drawing on work by Rialto Youth Project and Brokentalkers theatre company the book invokes very real ways to reimagine how we practice freedom.

Taking the ideal of the public sphere and the practices of contemporary media systems to task, Harry Browne ponders on the possibilities for genuine democracy.

Heather Laird, in a discussion that inventively roams over history, literature, drama and documentary, invites us to re-think commemoration, exploring many roads untaken in Ireland in the past and how this “remembering” can enrich the realisation of possible alternatives in Ireland now.

Conor McCabe demystifies money, how the financial system works and in whose interests. And, as he shows, that demystification is central to realising that alternatives are possible and how they might be achieved.

As is evident from the titles already published, we want the books to address multiple aspects of life in this country: to range across the public and private realms; the arts and political economy; the political and the philosophical; the abstract and the mundane; the past, present and future.