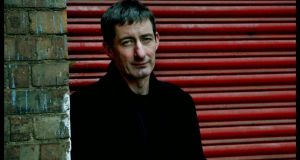 Introducing The Faber Book of Best New Irish Short Stories 2004-5, 10 years ago, the late David Marcus rejoiced that his contributors had chosen subjects that were not “inked in green”. Avoiding outdated topics and well-worn paradigms, each of the writers had, Marcus enthused, submitted work that spoke to the now. “Today’s world has found new frontiers,” he wrote, “as indeed has today’s short story.”

Marcus’s collection provided another landmark in the renowned editor’s career, and prompted a second volume with Faber in 2007. The series went into abeyance with Marcus’s death, in 2009, only to be revived by Joseph O’Connor in 2011, with New Irish Short Stories.

Some of the contributors to All Over Ireland are well known; others might be less familiar, including one who has never been published before. What is striking, though, is the consistent quality of the collection as well as the totality of Madden’s encompassing vision.

Each of the 14 stories is included on merit. So Eoin McNamee finds himself in good company with Eileen Casey, Kathleen Murray holds her own with Mary Morrissy, Lucy Caldwell dovetails with Selina Guinness, and the selection is finely bookended with stories by Andrew Fox and Colm Tóibín. Not only does All Over Ireland include a debut story by Michael Gilligan; it also marks the return of the splendid Ita Daly. In addition, it gives space to new stories by Belinda McKeon, Natalie Ryan, Sean O’Reilly and Frank McGuinness.

With such an impressive range of contributors, Madden follows in the footsteps of previous editors who have kept faith with Marcus’s commitment to publish younger writers alongside more celebrated practitioners. This commitment has an illustrious pedigree in Irish writing, recalling Seán O’Faoláin, among others, and has been upheld in recent times by Declan Meade and the Stinging Fly, with Meade increasingly the heir to Marcus as steadfast champion of the short-story form and encourager of new talent.

The influence of Marcus is not only apparent in All Over Ireland’s commitment to artistic inclusion, however; it is also evident in the integrity and elegance of the collection, with the highest standards maintained and care given to the organisation and sequencing of the stories.

Every anthology risks begrudgery, with decisions often leading to complaints about why a favourite writer might be missing from a book’s pages. This is to ignore the complex and often practical reasons for inclusion (and exclusion), as Madden explains in her lucid introduction. Rather than churlishly rake over editorial choices, therefore, it seems wiser to celebrate the work that defines and enables this marvellous collection.

None of the stories in All Over Ireland has been published before, and all were commissioned for this volume. Most but not all of the stories are set in a contemporary context. Lucy Caldwell’s harrowing exploration of the mind of a suicidal young girl, Killing Time, is dated 1992; Selina Guinness’s impressively multilayered The Weather Project moves between the reflections of an elderly Irish mother and her adult daughters, interlinking the diverse experiences of life in London in the 1950s and early 2000s.

Mary Morrissy’s sumptuous story of an unexpected visitor, Emergency, is set in the context of the Second World War, and Colm Tóibín’s poignant The Journey to Galway steps back to the Great War and quietly works a way through the thought processes of the grieving Lady Gregory as she receives news of the death of her only son, Robert.

Other stories are insistently contemporary. Michael Gilligan’s Absent replays the theme of emigration in a present context, with Skype transcending space but not dulling the pain of separation. Andrew Fox and Natalie Ryan also engage with this theme in fresh and arresting ways.

Frank McGuinness’s astonishing The Widow’s Ferret charts the mind of an Irish woman equally in exile in Coleraine, struggling to deal with the traumatic consequences of the Troubles. Belinda McKeon’s For Keeps also probes the mind of a troubled, deracinated woman, in this case a Dubliner who returns home from the United States to find herself out of sync with local rhythms.

A theme that links many of the stories in All Over Ireland is emigration, as Madden notes, but stories are also drawn together through other metathemes, such as illness, family relationships, violence and Ireland’s place in the larger world.

Eileen Casey’s Beneath Green Hills posits a surprising link between an invalided Irish woman and Nelson Mandela; Kathleen Murray’s They’ll Best You With Fun lingers around corruption, and draws sustenance from recent disclosures of clerical sexual abuse; and resentment and violence teeter at the edge of two very different stories by Ita Daly and the accomplished Sean O’Reilly.

Such interconnections – unexpected, bewildering and often startling – enrich the design of All Over Ireland.

Many of these themes come together in Eoin McNamee’s magnificent The Comets, which turns on the most beautiful of images – of a dying child, fluttering wings, and flight – and which is alone worth the price of the book.

In her thoughtful introduction Madden urges us not to take for granted the act of reading and to remember that the “direct relationship between a reader and a writer – private, contemplative, born out of silence – is to be valued more and more as the cultural cacophony around us increases”. All Over Ireland confirms the importance of this relationship and bears witness to the strength of short fiction in Ireland today. It is a book to read and cherish.