Real Life: Unquestionably the queer novel of the year 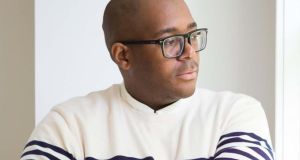 Brandon Taylor: an effortless documenter of the domestic

When the Booker longlist dropped a couple weeks ago it was met with a thunderous cacophony of puffs and groans. Nearly half of the 13 books (a Booker’s dozen, if you’re cringe) were written by Yanks. Now, I’m always front of the queue when it comes to dunking on the Yanks, but even I have to admit their track record in the Booker has been pretty phenomenal. To even further refute the criticism of their inclusion, we have the existence of Brandon Taylor and his novel Real Life, a book that is unquestionably the queer novel of the year.

Real Life may be Taylor’s debut but he is something of a veteran in online literary circles. The grande dame of literary Twitter, Taylor is well-known for his blistering (but always considered) literary hot takes, his adulation of Mavis Gallant, his bloody conquest against first-person narratives, and his penchant for all things knitwear. All of this, I believe, makes Taylor the first Extremely Online writer to make it on to the Booker longlist, a feat I am proclaiming as representation.

6 Coronavirus search: How is Covid-19 spreading in your area?

9 Diarmaid Ferriter: We are being infantilised on Covid-19 by an immature Government

11 Johnny Watterson: I do not buy the apology around paedophile John McClean

12 Kate Winslet: ‘I shouldn’t have worked with Woody. I’ll always grapple with that regret’

14 Q&A: What are the new coronavirus variants and should we be worried?

15 More Irish people unhappy than ever before, CSO survey finds

18 €61m a day: the amount Irish households are saving

19 Sausage and egg muffin that’s better than the takeaway? Here’s how to do it at home

21 Ramona and Canice Nicholas to get €400,000 in Cara pharmacies exit deal

25 Is it a matter of time before Iseq laggards attract attention of ‘blank cheque’ brigade?

27 Lives Lost to Covid-19: Tommy Cawley, the bull man of Bellmullet and a winning jiver

30 How many masks should you wear while out and about this weekend?

38 Why the sudden scramble to add sustainability to the C-Suite?