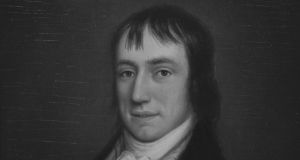 While it was Percy Shelley who argued that poets were the “unacknowledged legislators of the world”, William Wordsworth was the poet, according to Jonathan Bate, who actually transformed it.

After the publication of his joint collection with Samuel Taylor Coleridge, Lyrical Ballads (1798), a work greatly influenced by the French revolution, literature could finally be written in the language of ordinary men and women. Many mocked, and the volume did not sell especially well (Lord Byron’s Childe Harold shifted a lot more copies), but it demonstrated that poetry could engage with everyday life without becoming patronising or descending into bathos.