Coventry review: Rachel Cusk's intelligence in writing about everything from literature to parenthood is staggering 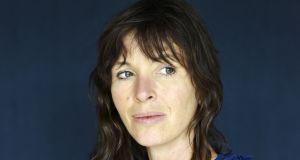 The reader is confident that, encountering Cusk in any circumstances, he would fall short

The word that keeps coming to mind when reading this collection of Rachel Cusk’s essays is “formidable”. It describes her intelligence in writing about everything from literature to parenthood (those opposing forces) – but formidable also describes her personality as she reports it in the personal essays that make up the bulk of the book. This reader is confident that, encountering Cusk in any circumstances, he would fall short.

The world repeatedly fails to meet her high standards, no matter how many pieces she writes for the Guardian and the New York Times Magazine to warn it. She is disappointed by people driving too slowly in front of her, by shop staff offering misguided assistance, by a “rude” airport official wearing a “synthetic shirt, black synthetic trousers, a cheap tie,” even by her own parents who regularly stop speaking to her – that is, send her to Coventry (hence the book’s title). Not included is her 2005 piece for the Guardian about the time she joined a local book club, prompting an exodus of other members and an angry response in the letters page.

1 Stove and open fire burning should be banned, says EPA
2 Coronavirus: 326 more cases reported with 152 in Dublin, 22 in Donegal
3 All third level colleges moved to Level 3, most tuition moved online
4 Dermot and Dave’s Dermot Whelan's mindfulness exposed as sly act of self promotion
5 Brendan Gleeson as Donald Trump: ‘A mediocre impression and possibly a great performance’
6 Covid-19: Taoiseach warns of restrictions in cities as hospital cases pass 100
7 Only someone who wouldn’t miss €50 a week would cut the PUP
8 Two turnkey homes for sale on same street as owners leave Dublin
9 People asked not to cross Border as Donegal prepares for Level 3 restrictions
10 Ireland faces devastating blow due to our failure to develop ferry services to Europe
11 How Finland kept Covid-19 in check and protected its economy
12 Mother refused meaningful access to teenage daughter in ‘profoundly sad’ case
13 Dr Martin Feeley: Young and healthy majority need to be allowed to live
14 An Post confirms restart of full postal service to US, Australia, New Zealand
15 How the prospect of a contested US election outcome in 2020 is a very real one
16 Michael O’Leary is the boss you want to lead an airline out of crisis
17 Aer Lingus staff say they are living in ‘near poverty’ and unable to cover rent
18 Diarmaid Ferriter: My advice to Government – stop hiring advisers
19 The pandemic has split us into two distinct camps: The Couples vs The Singles
20 Five lessons I learned preparing my house for sale
21 The Movie Quiz: What is the last line in Chinatown?
22 Teen snooker ace Aaron ‘The Breeze’ Hill no overnight sensation
23 Covid-19: How Asian countries got contact-tracing right while European states are struggling
24 Multimillion deal sealed to buy Irish businessman’s ‘kidtech’ firm
25 More than 50 patients contracted Covid-19 while hospitalised in two months
26 Kim Jong-un issues rare apology over killing of South Korean official
27 Irish haulier to be sentenced in UK for drug smuggling, money laundering
28 Estée Lauder staff at Dublin airport plan further strike action
29 Life in Level 3: What is happening under the new restrictions in Dublin?
30 Just four countries remain on green list: Where do we stand with travel now?
31 A piece of heaven on 300-acre Tipperary estate for €8.5m
32 Five top tips for a perfect kitchen refurb
33 HSE says all 2m flu vaccines ordered will arrive on time
34 What is the going rate for a home in...Co Kerry?
35 Séamus Woulfe: The last man standing in Golfgate is set to learn his fate
36 Donegal to move to Level 3 Covid-19 restrictions, Taoiseach confirms
37 Madrid defies Spanish government’s call for tougher Covid restrictions
38 Donegal Covid-19 restrictions Q&A: What do they mean?
39 High rent costs driving rise in number of homeless single adults
40 Dining out: 12 of Dublin’s best restaurants with outdoor spaces
Real news has value SUBSCRIBE