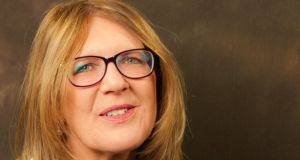 Linda McKenna: Employs a sharp intelligence surrounding archival memory, unattended histories and the way in which words and meanings are buried.

In the title poem of her debut collection, Linda McKenna invokes “this archive/ of unprovenanced vows, misheard/ names, missed cues”. In the Museum of Misremembered Things (Doire) is full of stories, archival scraps fleshed out into haunting tales. Slight epigraphs from unusual sources (The Antient and Present State of the County Down [1744] is used often) give rise to McKenna’s lyrical repairing of the tapestry of local history.

There is a violence simmering beneath many of these poems. It flashes through the otherwise measured verse, effectively unsettling the reader. In one instance, “a boy cuts himself/ to prove he cannot stop bleeding”. In an ekphrastic poem after Bruegel, a girl is “offered now/ in place of a swan.” In fact, it is often the case that McKenna homes in on gendered violence, and also the discursive violence of history.

Thus, throughout this collection, there are male voices dubbed over women’s, who are “told to speak loud and be sure/ to repeat exactly what the men are saying.” There is a sharp intelligence surrounding archival memory, unattended histories, and the way in which words and meanings are buried and can be exhumed.

Occasionally, one might wish for more variation in the tone and texture of the poems; however, in A Weighing and a few other instances the use of patterned syntax helps to lift the energy. This is a promising and carefully crafted debut.

In an odd coincidence, Tom French’s latest collection, The Sea Field (Gallery), contains a poem, Root and Branch, with an epigraph from The Antient and Present State of the County of Kerry (1756). As with McKenna’s debut, The Sea Field is deeply rooted, and attendant to histories of both place and language. Opening with a choppy poem responding to Storm Ophelia, the book moves into much gentler territory, and shows French to be a poet of much poise and downplayed sophistication.

The poems in the sequence The Wildflowers of Offaly have a distinct feel of Michael Longley, but French is never simply aping the style of another writer. French has a metrical elegance and a subtle attention to rhymes and etymologies that makes these poems sing. The poem for Devil’s Bit Scabious, for example:

The leaf rosettes are warmer
where caterpillars overwinter.

As with many of Longley’s poems, French’s wildflower poems seem simple enough, even throwaway. But there’s a gentle metre, a lilting variation, a contrast between the rhymes, and a resonant imagism that carries the poem right off the page.

Another of Ireland’s most esteemed contemporary poets, Sinéad Morrissey, released her first selected poems at the end of April. Found Architecture: Selected Poems (Carcanet) is a milestone in Morrissey’s career, pulling together poems from each of her previous six collections. Cementing her place as a formally astute writer, moving with ease and experimentation between lyric and narratives modes, Found Architecture demonstrates the ways in which philosophical ideas penetrate to the deepest level of Morrissey’s work.

Perspective and optics are a key concern, notably in the poems from Morrissey’s TS Eliot-winning collection Parallax (2013). In one of the earlier works, Rock Pool, from Between Here and There (2002), we see the early crystallisation of the later poems. The speaker’s observation of water, and the world above and below it, leads to a range of surreal and revelatory images. “My arm submerged is a Eucalyptus tree/ in an eighteenth-century birthing room, lurid and luminous”.

Never a poet to choose the obvious metaphor, Morrissey’s imagescapes are sometimes obscure, but the excitement of her poetry is rooted in this unexpected movement of the mind – we are never allowed to become complacent in our reading, and know ourselves to be in the presence of a formidable but trustworthy imagination.

This is a feast for readers, and showcases one of the best of Ireland’s contemporary poets. It is particularly welcome for the opportunity for those familiar with Morrissey’s later work to return to those early lyrics, some of which have a heart-breaking exactitude and an unexpected vulnerability.

Awaiting Burial, from There Was a Fire in Vancouver (1996), is a striking example, and speaks directly to the dead:

a damaged hillside, night-time,
the tunnel you dreamt of, O

Sarah, speak to me, you’ve been through
the journey, was there light on the other side

Audrey Molloy’s Satyress, a debut pamphlet from Southword Editions, comes right at the beginning of the poet’s career, but introduces an assured new voice. The consistency of the poems, and the already-distinctive voice, suggests that Molloy will go on to make her mark on the landscape of Irish writing.

The best poems here really show off Molloy’s dark humour, which is sexy and ironic. A Brief History of Smoking, one of the pamphlet’s strongest pieces, dances with danger and intimacy. Molloy’s speaker has a smirk, and seems to flirt with the reader. On being told she has the supposed personality attributes of a smoker, she lists “the predisposition [for] risky sexual behaviour, alcoholism, illicit drugs”, to which the poet replies “Well, maybe I have, and maybe I haven’t.”

There is also bright, beautiful imagery: a salmon swims, and the river is “a silversmith, arming her, scale by scale”.

One of the best poems, a Larkinesque observation, ends with a dark reassurance:

You can’t answer his question,
but know this: someone
once looked upon your life
wishing it were theirs.