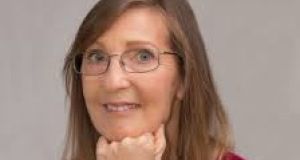 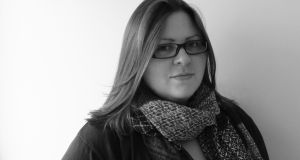 Liz Quirke’s poems are about her position in a same-sex partnership. 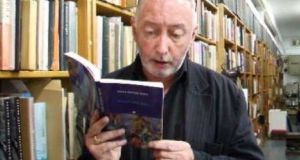 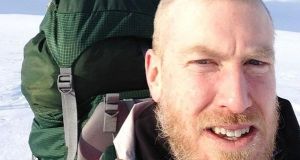 ‘Tractography’ is the first book from Laurence O’Dwyer.

Breda Wall Ryan’s new book Raven Mothers (Doire, €12) confirms the talent evident in her first book, In a Hare’s Eye, which won the Shine/Strong Award in 2015. Raven Mothers begins with a sequence which uses folk images to craft its own strikingly unusual mythopoeic world. It is a sign of Wall Ryan’s ambition that she successfully addresses a theme like parenthood, so well trodden and often hackneyed in recent years. Occasionally abstract, her audacity and skill are apparent across this fine sequence:

Three weeks late
for your own moon,
you blurted through a tear
in the dark.
Still tethered in place
you screamed red at the air,
the astonishing light.
Toes uncurled, wings
melted already to stubs
(Intruder)

Other successes include eerie landscapes like Crosstalk at the Quilt Museum (“long noisy skeins [of geese] / stitching Canadian skies / to our river fields”) and The Return, whose woods are “seething behind the house // where the attic light burns day and night, / or the barn where a phantom spar / still sways and creaks.” The subject of her first book returns in Irish Hare: An Assay, a tightly marshalled meditation on being hunted, which includes a recipe from a 1747 cookbook that begins, ominously: “First, catch your hare.”

This is a big, miscellaneous book, and Wall Ryan tests other styles which are well worked but not as compelling. Diaristic travel poems include Epiphany at Jamaica Plain, which takes its speaker out of her comfort zone: “this fear is race-coloured”, she writes, “I have sleepwalked / my whole life.” Some of her sonnets are fine, well crafted and funny, and yes, Wall Ryan can knock out a villanelle, but at its unsettling best, Raven Mothers is more than a formal success.

Liz Quirke approaches parenthood from a more unconventional perspective in The Road, Slowly (Salmon, €12), in poems about her position in a same-sex partnership, uneasily moving between being “the mother” and “the mom”, “[mapping] journeys for us, / paths we could walk together, / a staggered relay to start / when your other mother / passed your tiny form to me.” (Nurture)

These are hard-won poems that rise out of a larger silence, re-doing the lyrics of Máire Mhac an tSaoi and Eavan Boland for 21st-century Ireland: in Women Poets Teach Me How to Be a Woman, this is not all liberating, but instead recognises, even as it quotes her peers, the difficulties of representing her experience: “These women put into words / what a swing looks like when a child / no longer plays in it, how bags of clothes / drag in a tearful hoisting to an attic’s dark. / One assured that the art of losing isn’t hard to master, / but how wrong she turned out to be, how wrong.”

Quirke’s approach to the material is conventional, and in poems like Four Parts Distinct (“Birds warble backwards, flowers retract to buds”, is how that poem of discomfort and alienation begins), Portraits of My Lover and the title poem, this pays off with images which offer a longer view: “At your height the world is all wall and bracken, / stone and puddle, you don’t know the horizon.”

James Martyn Joyce’s Furey (Doire, €12) benefits from its fiction-like set-up, offering a kind of biography of the eponymous figure, whose furies, fantastical imaginings and encounters with reality Martyn sketches in five sections.

Initially, Furey emerges from a Kavanagh-like world of tough masculinity, “fighting other shaven-headed youths / across the bare, weed-strewn stretches / of common land which no one wanted / but everyone claimed as all they had.” This hardly prepares him for the urban business world in which he finds himself. He is an engaging figure there, railing against a day spent “listening to the guru / speaking of the downside / of offending management/ with risk-taking ventures” until there comes “the blackbird’s call / to emotional otherness / tripping through the chandeliers / scattering light on deaf ears”.

Other satirical highlights include Furey competitively inventing a family to silence boastful parent companions (Furey Raises a Family), and a number of poems about encounters with the literary world, one of which, After the Reading, memorably stops the gallop of a prolific poet who boasts of his “twenty-one collections and a long verse narrative”: “Would you say you’re having trouble then, getting it right?” Furey asks him.

Joyce strikes grace notes too in poems like In The Offing, which searches for the meaning of that odd phrase, discovering its nautical meaning, “the limit of the ocean visible from the shore,” which opens up an unwritten family history of emigration, and other stories which might remain “in the offing”, were it not for books like his.

Tractography (Templar, €13), the mysterious, forbidding title of Laurence O’Dwyer’s first book, does not refer to religious tracts but to the neurosurgical study of brain connectivity. O’Dwyer’s book is, like its title, initially difficult to see, but patient readers will be amply rewarded.

Set up as a series of discrete individual poems, what emerges are a number of sequences, one set in Haiti, another in Lapland, a third in Chile, with many other parts of the world mentioned in passing. But the point of the poems is not to showcase world travel; O’Dwyer is a mature, technically accomplished poet who tells stories, dramatises relationships and finds vivid images time and again.

Ptolemy is almost an ars poetica: “Ptolemy used something called the equant point / to make his model work. He knew it was a hack, / but so is every model and his lasted longer than most.” Likewise, O’Dwyer’s poems’ “connectivity” between so many parts of the world can be hard to parse, but it is difficult to argue with a method if it leads to this book’s many brilliant prose poems, or a poem as striking and thoughtful as Moon over Ortolan: “I want to put you on a streetcorner near the Zocolo, / leaning against a tenement that’s the colour of gold”, begins this poem, which also says, “In the end when I’m finished painting, I don’t want you. / You’re no longer my model. / You can leave now but you don’t.”

The qualities of this remarkably good, consistent first collection are also evident in a couplet from Art Tatum: “It’s clear that the amber of a soul is nothing without a fly. / Listen to him play with the smoke in his eye.”

John McAuliffe teaches poetry at the University of Manchester’s Centre for New Writing. His versions of Igor Klikovac’s poems Stockholm Syndrome (Smith Doorstop) is just out.