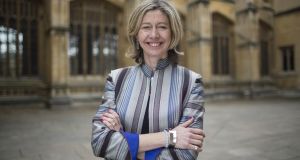 In Rwanda six years ago, I watched a grown man wail and realised I knew little about the horrors humans inflict on each other. He was a prominent member of government and he had asked me to attend a funeral for his mother, who died during the genocide 20 years before. She was stopped at a checkpoint and raped repeatedly – raped to death, someone told me later. He still carried her photo. He still called her “mother”. It took decades to discover her body.

Rwanda is just one of the countries Sunday Times chief foreign correspondent Christina Lamb visited for her new book Our Bodies, Their Battlefield, which focuses on rape as a weapon.

1 Donald Trump is in trouble, and that could spell very bad news
2 Some larger stores to reopen on Monday ahead of schedule
3 House parties are being held ‘with abandon’, Holohan warns
4 O’Doherty and Waters ordered to pay legal costs of case against State over Covid-19 laws
5 Paddy Raff: Comedy star of the coronavirus lockdown
6 Taoiseach says €350 pandemic payment to be cut for some part-time workers
7 Madeleine McCann case: ‘We assume the girl is dead’, German prosecutors say
8 Irish company MyBio to sell 10-minute Covid-19 antibody test
9 August the right time for primary schools to reopen
10 Coronavirus: Five more deaths brings toll in State to 1,664
11 Coronavirus: Ireland has higher per capita death ratio than US, study finds
12 Angela Merkel sweeps in to save the euro zone
13 Body trouble: How to keep actors safe while filming sex scenes
14 Church of England distances itself from Irish language ruling on gravestone
15 14 bank accounts frozen as five men arrested over links to global crime gang
16 Two teenage girls charged with murder of Cian English on Gold Coast
17 Strict rules on queuing as Dublin shops prepare to reopen
18 Poor levels of diversity in Irish public life, Immigrant Council warns
19 Penneys will not reopen on Monday despite expected changes to lockdown rules
20 Covid-19: Limited easing of restrictions proposed as pressure grows to reopen economy
21 Direct provision system not comparable with a man killed by police - Varadkar
22 Premier League plan fixture list with Everton v Liverpool set for first Sunday night
23 Tyrone midwife on the cover of Vogue magazine
24 Pandemic payment may be tapered based on previous earnings
25 Lifting the lockdown: A new way of buying and selling houses
26 Nursing homes dispute accuracy of HSE data on Covid-19 deaths
27 Don’t expect a bonanza for Ireland from the EU’s €750bn recovery cash
28 Villa oasis by the Forty Foot in Sandycove for €1.95m
29 Newton Emerson: Brussels playing games with Irish sea border
30 In six months we will be in the grip of a 1980s-style recession
31 How a GAA club sprang up in east Belfast over Sunday breakfast
32 Love/Hate is returning to RTÉ on Friday nights. Why did we love it so much?
33 Online summer camps for children and teenagers
34 Property market: Is now the time to buy?
35 Normal People: Full-frontal nudity was not its most radical feature
36 Cycling made easier with an Irish-made electric bike
37 Aer Lingus wants quarantine period axed to resume flights in July
38 State’s tourism taskforce wants changes to school holidays to boost ‘staycations’
39 Remote working: Ending the lunacy of pointless commutes
40 Racism in Ireland: ‘‘You dirty black *****’ – I don’t want to say the word out loud’
Real news has value SUBSCRIBE