Olive, Again by Elizabeth Strout: prepare your heart and mind for some beautiful blows

Review: Ten years on we find Olive Kitteridge having to confront her old age 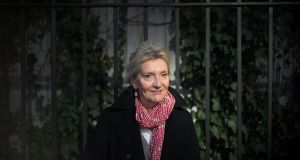 Maine, the largest state in New England at 6,000 sq km, is the most northeasterly point of the USA. To the north lies Canada and to the east its famous rocky coastline angles along the Atlantic Ocean. As 80 per cent of the land is covered in forestry, Maine has the lowest population of any state east of the Mississippi River. Statistics suggest that it should be economically depressed but the awesome beauty of its landscape has saved it from ruin. This is the state where Elizabeth Strout was born and raised and the same location where Olive Kitteridge, her Pulitzer Prize winning novel of 2008, was set in the fictional town of Crosby.

Everyone fell in love with Olive, the invisible subject from literature who had been given a voice the world desperately wanted to hear

No-one was more surprised than Strout when this, her third novel, exceeded all expectations by winning the Pulitzer accolade and ultimately selling over a million copies worldwide. First of all, it was questionable as to whether the book should really be considered a novel, consisting as it does of 13 individual stories with the incomparable Olive as the tenuous link connecting them. And then there was Olive herself, a disgruntled, straight-talking, difficult woman who exhibited all of the delicious flawed human truths of an ordinary woman that has so often been marginalised in literature. Flouting any anxiety regarding the “likability” of her protagonist, Strout flew in the face of convention and was awarded with the greatest prize of all; everyone fell in love with Olive, the invisible subject from literature who had been given a voice the world desperately wanted to hear.

1 Gardaí may have to wait days to interview mother of McGinley children
2 McDonald and SF candidates sign pledge to be guided by ard chomhairle
3 Parents jailed over female genital mutilation of daughter
4 No obvious signs of injury on remains of McGinley children
5 Ireland v Scotland: Doris’ day as Caelan set for first cap
6 Why our love for Leo is withering on the vine
7 Gary Lineker: ‘60 is just a number, 70 is the one to worry about’
8 Election fact check: Is home ownership in Ireland at a near 50-year low?
9 Varadkar blames British ignorance of Ireland for Brexit impasse
10 Motorists urged to take care after snowfalls in west of Ireland
11 Man given suspended sentence for assaulting transgender escort
12 McGinley deaths: ‘I will always remember your three happy faces’
13 Coronavirus: Irish in Wuhan say they won’t leave Chinese partners behind
14 Six Nations: Pundits, journalists and players have their say
15 Ireland’s housing crisis in five revealing graphs
16 Dancing with the Stars: Glenda Gilson sinks like Titanic
17 The notorious Donald John Trump goes on trial
18 Thomas Markle: My Story – ‘It’s time to look after Daddy’
19 Woman charged over Gorey stabbing told gardaí she ‘didn’t mean for him to die’
20 Are almonds bad for the environment?
21 My teenager can’t bear the sound of us chewing at dinner
22 Brexit is a collective English mental breakdown
23 ‘We serve neither Queen nor Commisar’: The birth of the Provisional IRA
24 Fintan O’Toole: The terms of Brexit hold a great irony
25 Hugh Wallace: The day I stopped drinking changed my life
26 Seamus Mallon funeral: ‘Farewell to a great chieftain of Irish political life’
27 Una Mullally: Those attacking Sinn Féin have become cheerleaders in reverse
28 I’m Irish and I live abroad. Why have we been forgotten in Election 2020?
29 Pilita Clark: When a rude boss keeps you waiting, why not walk out?
30 2020 bargain cars: What to buy with a limited budget in mind
31 Labour Party to consider introducing four-day week
32 British PM rejects Varadkar suggestion more time needed
33 Daughter insisted she did not ‘harm a hair’ on Patricia O’Connor’s head
34 Beware the perils of Veganuary
35 The Irish Times view on the coronavirus outbreak: China’s big experiment
36 Time for a rethink on Dublin Racing Festival
37 Over-competition in sport is bad for children’s mental health
38 US threatens retaliation against EU over proposed carbon tax
39 Are there annual limits on inheritances or gifts to a child?
40 Fintan O’Toole: Historians will not believe sheer ignorance of Brexit supporters
Real news has value SUBSCRIBE