Book reviews: Queer: A Collection of LGBTQ Writing and Queer Love are cause for celebration 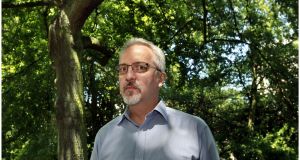 Two recent anthologies of queer writing, one capacious and spanning a wide historical range, the other small though no less important, testify to the recent flowering of queer literature and while demonstrating the necessity of continued work in publishing in the field.

Frank Wynne’s hefty Queer: A Collection of LGBTQ Writing from Ancient Times to Yesterday (Head of Zeus, £25) is a massive book and, despite its size, is, as Wynne himself admits, a patchwork quilt. Because of the editor’s decision to focus on writing by LGBTQ authors which deals, in an explicit way, with some aspect of gender or sexuality, the anthology is perhaps inevitably weighted to the 20th and 21st centuries, and missing a number of names readers might expect. In fact, out of 608 pages, works published before 1900 only take up the first 42.

7 ‘Do I have to do everything around here?’ Irish women and the ‘invisible job’

9 Roy Greenslade and the IRA: I was his editor. His admission raises hard questions

13 Steady rise in number travelling further than 10km from home

19 Girl left scarred after falling into brambles at school secures settlement of €90,000

22 Portrait of 1916 nurse ‘airbrushed from history’ unveiled in Seanad

32 Smother: This is what an Agatha Christie-themed Glenroe looks like

35 TV guide: 20 of the best shows to watch this week, beginning tonight

37 Pandemic savings: How some people have saved thousands by working from home

40 ‘He strangled me to the point where I couldn’t breathe, I couldn’t scream’