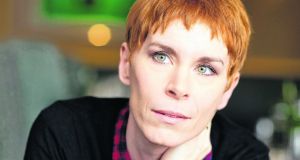 Tana French’s much-loved Dublin Murder Squad series is one of the outstanding achievements in contemporary crime fiction. Reviewing the sixth book, The Trespasser, a few years ago, I suggested that two elements were central to the potency of her writing: her ability to trammel the passions, drives and dark forces of the investigation and render them in vivid, surging prose, and her gift for creating characters who we care for long after the details of the case have melted away. Antoinette Conway, Stephen Moran, the legend that is Frank Mackey: unsettled, roiling, kinetic characters deconstructing and reinventing themselves through the challenging, perilous work they do.

The Searcher (Penguin Viking, €14.99) joins Chicago police detective Cal Hooper with his work very much behind him. Dissatisfaction with the force’s ethical standards has spurred him to hand in his papers, but while the causes of his discontent are referred to, they don’t animate him. Now he has retired to restore a dilapidated house in the remote west of Ireland countryside.