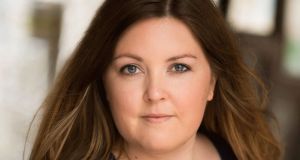 Catherine Ryan Howard, arguably the most inventive of the current crop of Irish crime writers when it comes to subverting the conventions

The serial killer yarn is probably the most hackneyed of crime fiction’s sub-genres, which is likely why Catherine Ryan Howard, arguably the most inventive of the current crop of Irish crime writers when it comes to subverting the conventions, decided to give it a shot in the arm. The Nothing Man (Corvus, £14.99) is the title of Howard’s latest novel as well as the book-within-a-book (which comes complete with its own ISBN number), a true crime account written by Eve Black about the murder of her family in 2001.

Eve’s book, which is “the story of Cork’s most famous crime”, is being read by Jim, the media-dubbed Nothing Man, who is initially horrified to hear that his old crimes are being raked over, but who grows increasingly aware that the old thrill is being rekindled. Has Eve put herself in harm’s way by writing The Nothing Man? Or is that the whole point of the exercise?

1 Further 334 confirmed cases of Covid-19 reported, 174 of them in Dublin
2 Leaving Cert students to get access to ‘highly sensitive’ class rankings from Monday
3 Further restrictions expected for Dublin if Covid-19 infection rate does not stablilise
4 Ellen DeGeneres apology: Why do her words sound hollow?
5 Australian police chief says ‘dangerous’ Irish man lied on visa application
6 Three Covid-19 mistakes Ireland urgently needs to learn from
7 Dublin farmer discovers overnight rave on his land
8 Why are men still explaining things to women?
9 Boris Johnson: The UK’s new Covid restrictions to last ‘perhaps six months’
10 Covid-19: Ireland has one of western Europe’s highest infection rates in older people
11 Ten new advisers to junior ministers to be appointed despite previous Government decision
12 Man found guilty of manslaughter over Kerry death
13 The secret to an airy and light scone with a pillowy interior
14 Will brother’s widow get half of our parents’ estate when they die?
15 Should I switch bank now with Ulster Bank at risk of closing?
16 Róisín Ingle: We’re in a different pandemic place now. Nobody’s quoting Seamus Heaney any more
17 Household wealth jumps by 74% since last recession – report
18 Covid-19: US death toll hits ‘unfathomable’ 200,000
19 Brian Boyd: Rave on, Van Morrison, rave on thy holy fool
20 Judge gives hermit nun more time to find new accommodation
21 Eileen Flynn: ‘As a Traveller woman, I was undermined in the maternity hospital’
22 Trump in the rough over playing golf and US Covid-19 fatalities
23 Taoiseach defends cuts to pandemic unemployment rates
24 Homeless man died after being stabbed 183 times in Dublin park, trial hears
25 Awarding of 2023 Rugby World Cup to France part of Laporte investigation
26 Deported man says he has lived in airport for months
27 ‘How happy he was’: Candid David Bowie photographs by his childhood friend Geoff
28 Fintan O'Toole: Ireland's young and working classes are in the Covid-19 firing line
29 Suarez’ Italian language exam rigged according to prosecutors
30 Judge to rule next week on ‘unprecedented’ application over brain-injured child
31 Mary Berry’s Ireland visit: here’s what she did and what she cooked
32 ‘Tax war’ will hit Ireland if digital tax talks fail, OECD says
33 Life in Level 3: What is happening under the new restrictions in Dublin?
34 Scotland sought Ireland’s help with Covid-19 testing, says Taoiseach
35 ‘Conor McGregor is an inspiration. There’s a severe vulnerability to him’
36 Screen time linked to rising mental health issues in children – study
37 Teenager (14) one of five children placed in spit-hoods by gardaí
38 Man killed in Dublin after being hit by car driving wrong way is named
39 EU member states believe UK does not want a deal, says Coveney
40 Coronavirus restrictions: what’s happening across Europe?
Real news has value SUBSCRIBE