Mothers in literature: the best books about the closest bond 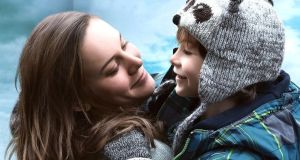 EM Forster wrote that “if all mothers of various nations could meet, there would be no more wars”. If all mothers were like the saintly depiction in Little Women of the figure “ who glided quietly from bed to bed, smoothing a coverlet here, settling a pillow there”, then Forster might have been onto something. Fiction would be very colourless without the horror inducing psycho-mums and mommy dearests who make Medea seem maternal.

Joyce wrote that “whatever else is unsure in this stinking dunghill of a world a mother’s love is not” and Steinbeck wisely declared “that it takes courage to raise children”. Larkin in his famous poem This Be The Verse stated “They fuck you up, your mum and dad/They may not mean to, but they do/ They fill you with the faults they had// And add some extra just for you.”

Novelists rejoice in the roomy expanse of the marriage plots as a device and in the narrative thrill that adultery provides but very few have tackled the mother as the central heart of the work. To mark Mother’s Day, here are some of the books that explore our closest bond.

Mrs Bennet in Pride and Prejudice by Jane Austen
Jane Austen’s narrator described her as “a woman of mean understanding, little information and uncertain temper”. As mother to the five Bennet daughters who won’t be inheriting their father’s estate this incorrigible social gadfly’s mission is to find wealthy husbands for her girls. Controlling, bossy and very crude, she raises the bar for meddling mothers and scheming matriarchs. Her crass actions are driven by economic necessity and she is one of the earliest depictions of what we now call a momager.

One of the quotes that epitomises her character: “I have no pleasure in talking to undutiful children. Not that I have much pleasure indeed in talking to anybody. People who suffer as I do from nervous complaints can have no great inclination for talking. Nobody can tell what I suffer! – But it is always so. Those who do not complain are never pitied.”

Eva Khatchadourian in We Need To Talk About Kevin by Lionel Shriver
At the very beginning of this novel Lionel Shriver cites Erma Bombeck: “A child needs your love when he deserves it least.” Eva is a 37-year-old successful career woman with her own travel company, in a stable and happy relationship. She is certainly reluctant about becoming a mother but does so to please her husband Franklin. We know from the outset that her son, Kevin, has gone on a shooting spree at his school and has killed nine students and two members of staff.

The novel makes for propulsive reading as Eva reconstructs her motherhood in a series of letters addressed to her now estranged husband. The genius of Shriver’s story is the way Kevin’s guilt and Eva’s guilt are investigated with psychological depth, the story carried by Eva’s voice, a narrator who may be unreliable but is always inexorably honest as she tries to unravel the genesis of Kevin’s evil deeds.

Was it that she didn’t love him enough? Had the fact that she bopped around her Manhattan loft to Psycho Killer instead of Mazart’s sonatas made him evil? Eva expands on Sartre’s existential statement when she declares that “Hell is other people you’re related to”.

Shriver’s fiction challenges the reader to confront assumptions about nature and nurture, crime and punishment, forgiveness and redemption and how ultimately the answers are multitudinal, complex and may defy rational comprehension. Eva’s own comment about motherhood is that “...trying to be a good mother may be as distant from being a good mother as trying to have a good time is from truly having one”.

Emma Bovary in Madame Bovary by Gustave Flaubert
Emma Bovary is a woman so disenchanted with the constraints of her life as the wife of a provincial doctor that she longs “to die or to live in Paris”. In this phrase Flaubert perfectly illuminates the struggle for Emma, who was bored to death with her role in life and longed for some indescribable “something to happen, like shipwrecked sailors, she turned despairing eyes upon the solitude of her life, seeking afar some white sail in the mists of the horizon.

She elicits our sympathy because of her hopeless romantic fantasies that made an ordinary life in a French village a horror for her poetic sensibilities. Emma’s daughter Berthe fails to bring her any joy and after a series of affairs and profligate spending she kills herself, leaving Berthe to a perilous fate. As a bourgeois narcissist in 19th-century France Emma was constitutionally unsuited to motherhood. Selflessness and empathy were not part of her nature, traits that are necessary for the travails of motherhood.

Ma in Room by Emma Donoghue
Protection of her son is also foremost in the mind of the mother in Emma Donoghue’s Room. Ma lives in a 11ft by 11ft room with five-year-old Jack, the child born from repeated rape by her abductor. All Jack has ever known is Ma and Room; he has no concept of the world outside except what comes via their television set. It takes every ounce of courage and resourcefulness to protect and nurture her son, making the best of the limited resources at her disposal.

Ma coaches Jack in reading and writing, and even gets him doing yoga exercises. Through the engaging child narrator we realise that the child does not feel trapped by the confines of his existence. Ma through her selfless ingenuity and love makes his world expansive and whole.

Rosaleen in The Green Road by Anne Enright
In Anne Enright’s non-fiction work Making Babies (2004) she writes “that most of us come to an accommodation between the ‘Mother’ in our heads and the woman who reared us”.

Rosaleen is the matriarch of the Madigan family, who we initally meet in 1980 when she has taken to the bed in protest when Dan her eldest has declared his intention to join the priesthood. The loss of grandchildren would be catastrophic to the drama queen that is Rosaleen.

The family scatters to all corners of the globe but are summoned back to Clare after a card from Rosaleen declaring that she is selling the family home because her family have all left her. Soon the “children” are back at their assigned places at the table and regressing fast to their childhood selves. Rosaleen is ringmaster of this family circus and expertly manages all her children’s emotions. She is always centre stage herself and no more so than at the end when she disappears into the night and the family all search for her, physically and metaphorically.

The drama queen who could be impossible and nasty in her dealings unifies her brood with this drama. “We had been for those hours on the dark mountainside, a force. A family.” As a mother Rosaleen is a fascinating and intriguing character. Vain and self-centred she still elicits our sympathies and in the pantheon of Irish mothers her position is safe.

A Life’s Work: On Becoming A Mother by Rachel Cusk
Cusk describes the book as a letter to women “in the hope that they find some companionship in my experience”.

This factual account of the first few months after her daughter Albertine was born is a memoir infused with wit and searing honesty, where daily battles with colic and childcare become almost a war diary. Her depictions of “the anarchy of nights, the fog of days” are candid emotional accounts of her experiences of new motherhood. This is a love story born out of the terrors and confusions of being a mother, neither good nor bad, just fallible and human, negotiating a new role with intelligence and humanity.

The Bolter from The Pursuit of Love by Nancy Mitford
Mitford’s Bolter is so named due to her habit of leaping from one marraige to another. She flits in and out of the life of her daughter Fanny with an endless array of lovers in tow. A woman who is described as having fled to Kenya to enbroil herself in “ hot stuff.. including horse-whipping and the areoplane” seems constitutionally unfit for hands-on mammying. She does have a rapier wit which for this reader made her an engaging woman, if an appalling mother. At the end of the novel , when Fanny explains that her cousin Linda has found “the great love of her life, you know,” the Bolter replies, “Oh, dulling, One always thinks that. Every, every time.”

Sophie Portnoy in Portnoy’s Complaint by Philip Roth
Sophie Portnoy is the overbearing Jewish mother, “one of the outstanding producers and packagers of guilt in our time”. This woman is so invasive that she wants to see his bowel movements, control who he dates and tend to his every need, which allows Portnoy to stay in a state of permanent adolescence. Portnoy’s enmeshment with his mother means he spends the rest of his life trying and failing to get away from her while subconsciously trying to find her replacement.

The movie quiz: how many best picture Oscars has Disney won?
Real news has value SUBSCRIBE