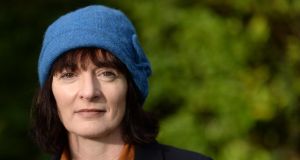 Cleaned up for an infant audience, fairy tales have a seamy history. Is the stepmother wicked or really the mother? Is the king who wanted to marry his daughter mad or sane? Nobody rescued Little Red Riding Hood? Did you hear what happened to Sleeping Beauty after she went off with the prince? Who is the wolf anyway?

In its sparseness, astonishments, and cyclical twists, the fairy tale has something in common with the 20th-century European absurd, which follows funny, appalling patterns of repetition. Cathy Sweeney brings together these two traditions in her brilliant debut short story collection, Modern Times.

1 Coronavirus: New Garda powers a response to ‘slippage’ on no-travel rule
2 Coronavirus: More ‘striking’ evidence BCG vaccine might protect against Covid-19
3 Bernie Sanders drops out of Democratic race for US presidential nominee
4 Coronavirus: Minister signs regulations giving gardaí powers to enforce lockdown
5 Coronavirus: Third-level students will not have to sit traditional exams
6 Micheál Martin raises need for ‘end point’ of coronavirus restrictions
7 Rodent droppings and filthy conditions among food inspector findings
8 Lockdown exit: How can Irish economy reopen without big health risks?
9 ‘I feel like I’m always new in Ireland. Every good friend has moved away’
10 Coronavirus: Big problem now a series of smaller ones and there could be nasty surprises
11 Drumshanbo in mourning as funeral of five-year-old takes place
12 Coronavirus Q&A: What new powers have the gardaí been given?
13 Locked down but looking up - what to look out for in the night skies right now
14 Coronavirus: Trump rails against WHO, 1.4m infected globally
15 Coronavirus: ICU in Dublin’s Mater is full amid warning over staffing
16 Man pleads guilty to 39 counts of manslaughter over Essex lorry deaths
17 Property market has not felt full impact of Covid-19, warns Sherry FitzGerald
18 Coronavirus: Singapore struggles with third wave of infections
19 John Prine: His truths crossed borders and cultures with ease, especially in Ireland
20 Singer John Prine dies from coronavirus complications at 73
21 Cheltenham cited Boris Johnson’s Twickenham trip as a reason for Festival green light
22 Edd China and the joys of simple mechanics
23 'I contracted the virus, and then I lost my mum'
24 Covid-19: Government announces €1bn in supports for businesses
25 Restarting Ireland: When and how will we ‘get back to normal’?
26 Kathy Sheridan: Ireland fiddles with government formation as world burns
27 Small but perfectly refurbed Victorian in Dublin 9 for €495,000
28 Coronavirus: Ireland’s infection peak has passed, but death toll could hit 400 by May, report says
29 This is not a holiday, it is a pandemic
30 Eccentric Thai king’s flying visits ensure a colourful German lockdown
31 Last couple in paradise: The Covid-19 honeymooners stranded in the Maldives
32 Boris Johnson still in intensive care with Covid-19 but ‘improving’
33 Tesco says coronavirus costs could reach €1bn
34 Irish woman in San Francisco: Life is quiet but everyone is exercising
35 I want to change my will quickly in case I fall ill. Do I need a lawyer?
36 ‘I am in a sexless marriage that also includes constant criticism’
37 Teenagers return to a very changed Ireland after a month at sea
38 Trump says economy ready to go ‘like a rocketship’ as deaths climb
39 A Michelin-starred chef’s recipe for a simple soup with big flavour
40 My favourite sporting moment: Sonia O’Sullivan’s Olympic redemption
Real news has value SUBSCRIBE