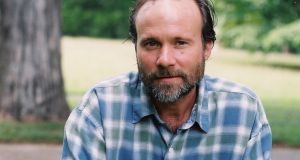 A baby girl is born to a farming couple in early-20th-century Mississippi. The birth comes with no delight. For the mother it is an unwelcome fifth baby. She has already lost two, including her precious favourite, a toddler named William.

Ida is 39 and unhappy, weary of life. Her husband is 10 years older and slowly killing himself with whiskey. He can’t recall having been intimate with his wife, so he reckons he must have been drunk. He was.

Ida has been furious for a long time. She believes that God has decided to further punish their loveless marriage and has chosen to do so through the baby. The parents suffer, but the heaviest burden is imposed on the little girl, whom they name Jane.

On the night of her birth Mr Chisolm sets off to fetch the doctor. Dr Thompson, kindly and astute yet wistful, and one of the most sympathetic characters to grace contemporary literature, soon notices that there is a problem. The infant appears to have a rare genital malformation. He monitors her early development and consults a friend who is a specialist in Baltimore.

Brad Watson, who is from Meridian, Mississippi, emerged as a literary stylist of deceptive power with his debut collection, Last Days of the Dog-Men (1996). His feel for the natural world is instinctive, tender and respectful. His sensuous prose eases its way through vivid, deliberate scenes, rich with profound meaning.

Watson’s first novel, The Heaven of Mercury (2002), was shortlisted for the National Book Award. Ironically, Miss Jane, his second, only went as far as the same award’s longlist. Yet is a finer work, that bit more convincing, occasionally shocking and often overwhelming.

The brutality of human existence and its random injustices are among Watson’s themes. But the harshness and candour are countered by interludes of extraordinary beauty, invariably filtered through the thoughts, words and deeds of the remarkable Thompson. This gentle romantic mourns the loss of his wife’s love long before she leaves him out of exasperation because he is dedicated to his patients. Her subsequent death causes him even greater despair.

At the centre of the narrative is Jane, who early in life senses that she is different – “strange”, as she often says. And that word means many things and comes to be very important in the book.

Watson explains that Jane is based on his great-aunt, Mary Ellis “Jane” Clay. The narrative opens with a beautiful tribute to a brave, dignified woman whom he as a writer has retrieved from time: “You would not think someone so afflicted would or could be cheerful, not prone to melancholy or the miseries. Early on she acquired ways of dealing with her life, with life in general.”

It is Jane’s story. She grows up in a home inhabited by an angry mother and a remorseful father, whose medium is guilt and whose only methods of dealing with his ghosts are work and whiskey. Observing all this unhappiness is the sardonic older daughter, Grace, whose restless desires are assisted by the sexuality she knows how to use.

Tough as she is, Grace does her share of raising Jane, as well as directing her as to the practical realities of adult behaviour. Her condition causes her to be incontinent, so Jane continues to wear nappies long after she should have discarded them. Attending school would seem impossible. But Jane wants to try, and does for a while.

Initially, there is a tentative quality about the narrative. Daniel Woodrell or Ron Rash may have injected a sense of menace. The reader feels for Jane, but her problem is her body, not her mind, and she proves a capable person. In the childhood sequences it seems that Jane’s sexual curiosity far exceeds her calendar years. It is also difficult not to feel outraged on her behalf; she has no privacy.

Any mother of a daughter will find some passages distressing. It is a novel that acquires immense stature as the narrative settles down into what it is: an extraordinary study of character, not just of Jane but also, more importantly and, perhaps, unexpectedly, of the people around her.

Jane’s parents, at an age when their two surviving sons have already left home to begin their adult lives, are faced with science and the medical terms that Dr Thompson introduces. Ida has not only recoiled from her husband but also has no interest in either of her daughters. This ageing woman is a grim, sullen presence, and yet, late in the novel, her younger self is recalled lovingly by the broken man who once wooed her.

That same man, Chisolm, Jane’s father, takes the time to teach the little girl about trees and to tell Jane about the brother she never knew: “He was just three years old, going on four . . . Kind of between being a baby and a little boy . . . It’s when they seem like little angels.” His distraction is very movingly described.

Watson consolidates the moment with sublime delicacy: “He patted her shoulder . . . leaving her feeling something she hadn’t felt before. Only later would she identify it as grief. The gift of it given from her father, and her mother, too, to her.”

Although the stricken Ida displays no understanding of Jane’s interest in dancing, aside from cautioning her that it will lead to trouble, Chisholm escorts her to the local hall and attempts to protect her from hurt.

The beauty of rural Mississippi engages Jane; her response to it offers some consolation. Watson, through adroit dialogue and characterisation, is careful to avoid her appearing as a plaster saint; her resentment does surface. Years pass, and the family confronts the Depression.

A compelling essence of American social history is stitched into the narrative’s fabric. It is a real human story touched by a respectful authorial grace combining fact, shared memory and imagination. Jane is a quiet hero, and in Dr Thompson Watson presents a visionary, possibly an eccentric, whose eloquent loneliness is countered by his joy in the beauty of birds, not least his elegant peacocks.

This proud, gentle novel shimmers with a subtle defiance, a near-physical need to celebrate a woman who lived against the odds.

Eileen Battersby is Literary Correspondent. Her debut novel , Teethmarks on my Tongue, is published by Dalkey Archive Press (€19.50)