Samuel Shem returns to the world of medical care, one now ruined by software and billing 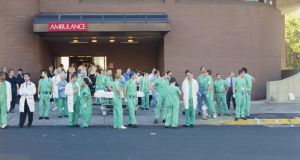 Sequels rarely outshine the original. This is true of Samuel Shem’s Man’s 4th Best Hospital, the 40-years later follow-up to The House of God. But, gosh, it comes very close to the brilliance of his 1978 opus.

The House of God was based on the author’s experiences as an intern at the Beth Israel Hospital in Boston in 1973-1974. He and his colleagues were influenced by the civil rights movement, an influence that fostered a belief in their ability to change things for the better. Reading it became a rite of passage for junior doctors around the world, as they grappled with the brutal reality of 100-plus-hour working weeks.