Louise Phillips and Emily Hourican: How and why do we write 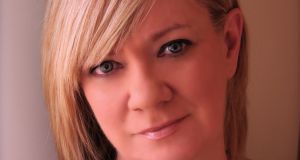 Louise Phillips: I write because I love it. Words coming together, bringing fictional characters to life, even the dubious ones 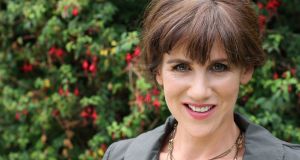 Emily Hourican: I like to have an outline before I begin. With The Privileged, I worked backwards, in that I had the ending, so then it was a question of “how did they all get here?”

Dalkey Creates is returning for its third year and will take place from Thursday to Sunday, October 13th to 16th, in Dalkey, Co Dublin. The festival will feature a range of writing workshops and events involving several high-profile authors and writers. Taking part as course facilitators are Louise Phillips, author of The Game Changer, and Emily Hourican, whose latest book is The Privilieged. They spoke to each other about different writing techniques and advice ahead of the festival.

Emily: Why do you write, Louise?

Louise: I write because I love it. Words coming together, bringing fictional characters to life, even the dubious ones. And how over time you come to care about your characters more and more, because they have become real to you. It’s a great experience creating a fictional world, to be there in the middle of it, in much the same way as reading a good book. You don’t want to be anywhere other than within those pages.

Emily: Where do you start – with an idea, or a character? Or something else?

Louise: Sometimes, it’s an idea, something that doesn’t want to go away. In The Doll’s House, it was memory and how much of it we can trust. During The Game Changer, it was the psychology of groups. Other times, it can be a character. When writing William Cronly in Red Ribbons, I titled the initial pieces, “getting inside a bad man’s head”. The odd thing is that once you settle on a path, it’s like your antenna is up and other elements of the story unfold.

Emily: Do you try and stick to a schedule, or do you write as and when you can?

Louise: I try to stick to a schedule. I find turning up every day to write is the best way for me, even if it’s only for an hour or two. That way you’re keeping in touch with the fictional world. It’s part of your day, your week and your life. Also, deciding to turn up each day helps push away the doubts. Is the story good enough? Are the characters interesting enough? The questions are endless. So instead, I make a promise to arrive at the laptop or notebook, and when I do, I write.

Emily: How much biographical material do you allow yourself to use?

Louise: Your life experience feeds into your writing. It influences who we are, so I think it is going to be within the stories in some fashion or another. When I created the character, Ellie, in Red Ribbons, I didn’t realise a number of things about her until afterwards. One was that the character was going through the stages of grieving, as I had done a number of years before. Every stage was there on the page. Nor did I see any link to my life by placing her being in long-term institutionalised care. Again, it was afterwards I recalled visiting women in long-term care as a teenager – women abandoned by society. Ellie wasn’t any of those women but in a way she was the woman I wanted them to be, someone who could take back her freedom.

Emily: Any tips for breaking a deadlock/ writer’s block?

Louise: Turning up to write. If you’re in a room for two hours without distractions, chances are you will write. Walking is also good, being active, putting yourself in another place. The best ideas often arrive when you’ve allowed your mind to switch off. Free writing is great too. Writing about anything and everything. You could use an image or an object, a train ticket or a set of keys. It really doesn’t matter what it is, once it gets you writing.

Louise: Why do you write?

Emily: Because I love it. Nothing makes me as happy as feeling I have explained exactly what I meant, or captured something I wanted to express. The downside of that is that when writing is going badly, I am cross and distracted and not fun to be around.

Louise: Do you work to an outline or plot, or do you simply prefer to see where an idea takes you?

Emily: I like to have an outline before I begin. This can, and does, change as I go along, but I find that having an idea of where I am aiming is very helpful. With The Privileged, I worked backwards, in that I had the ending, so then it was a question of “how did they all get here?” I think I would find it hard to set off entirely into the unknown, as it were.

Louise: What do you find is the hardest thing about writing?

Emily: Doing it! Specifically, the first draft. Getting words onto a blank page. Once you have that, you can change and improve. But getting it down initially can be hard. And of course the gap that always exists between the book as I had it in my mind and the book that emerges onto paper.

Not putting on laundry when I should be writing, or eating cold scraps from the fridge or messing online is hard too!

Louise: Any tips on what to do and what not to do?

Emily: I guess the top tip – the only one I have – is do it! Ask me again in 10 years, when I hope to have many more books published, and I might have more to say on this!

Louise: Did you learn anything from writing your book, and if so, what was it?

Emily: I learned that I could do it. That I could finish a novel, and then rework lots of it to try and improve it. That was a happy realisation. I have started many novels, or perhaps the same novel many times, and never finished, so being able to persevere was great. And I learned that I very much want to do it again.

Louise: Where is your favourite place to write?

Emily: At home, in my study, early in the morning before the kids are up. And if it’s sunny, I like pretending to write in the garden with a pen and notebook.

To book a place on one of the Dalkey Creates workshops, visit dalkeycreates.com
Booking for Dalkey Castle literary events at dalkeycastle.com/booktickets