Last Stop Auschwitz: A timely translation of a Holocaust memoir

Book review: Eddy de Wind is a remarkable narrator who turns a trained scientific eye on the society around him 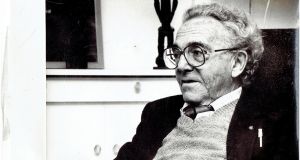 Eddy de Wind was born into a secular, middle-class Dutch family of Jewish descent, his route to Auschwitz was somewhat unusual

It could be asked: do we really need to read more Holocaust memoirs? And the answer is, we need them now more than ever. At their best, they lay bare the inner workings of our European societies, and reveal truths about crowds, power and the human capacity for evil which are still all too germane.

This English translation of Eddy de Wind’s book is timely. First published in Dutch in 1946, it was written in Auschwitz itself by the Dutch doctor and psychoanalyst, immediately after the camp’s liberation in January 1945. Scribbled down furiously in breaks between his work with the Red Army who had taken control of the camp, sitting on the edge of a wooden bunk in an Auschwitz barracks, it has an urgency and intensity which makes it unique.

7 What a work-from-home space should cost: Converted attic, garden office or spare room

8 Miriam Lord: The Bisto Kids get a taste of their own Davy gravy

13 Before you buy an electric vehicle, ask: Will I drive it enough to make it eco-friendly?

21 Irish Times view on the restless state of unionism

30 Long Covid in children: New data is cause for concern, scientists say