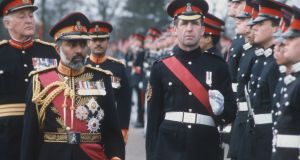 Phil Miller’s opening page reads like a passage from Conrad’s Heart of Darkness. On October 2nd, 1985, the Tamil village of Piramanthanaru in northern Sri Lanka awoke to the arrival of six helicopters disgorging scores of commandos who bludgeoned people and held others at gunpoint before torching their homes. They hung men upside down from trees, and summarily executed others; 16 young men died, including the 21-year-old brother of Thurairasa Saradha Devi. It took her six days to find him in a thicket, hands tied behind his back, his body broken and pocked with stab wounds having been flung from a helicopter. According to Devi’s later testimony, she saw “a tall white man watching everything carefully”. Villagers referred to him as “mossadu”. “Later”, she said, “I learned that mossadu are overseas white men.”

The white airman almost certainly worked for Keenie Meenie Services (KMS), a clandestine and once powerfully connected private company dealing in British mercenaries, mostly ex-SAS, many of whom served in Northern Ireland. It was run from a non-descript London office, while corporately based in Jersey.