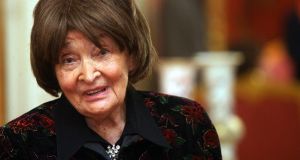 Magda Szabó, the Hungarian writer who achieved international fame late in life with her multi-translated bestselling novel The Door, lived to nearly 100, witnessing the German and Soviet occupations of Hungary and enduring the abasement, from 1949-1956, of her work being banned from publication and on one occasion winning a major literary prize, only for it to be immediately revoked by the authorities. She died aged 90 in 2007; by then widely read in her native country, although it was not until the mid-1990s that her work began to be recognised by a wider global audience.

Ostensibly fictional, Szabó’s novels (she was also a poet, playwright, memoirist and essayist) are composed of a series of impressions which can be interpreted as autobiographical: they are certainly highly symbolic. The Door, which concentrates on the relationship between a writer named Magda and her domestic help, the mysterious Emerence, a character who for some embodies the anguish of Hungary throughout the 20th century, has had a shattering effect on many readers, often themselves acclaimed writers. Claire Messud has stated that “It has altered the way I understand my own life.”

Published in Hungary in 1987, The Door first appeared in English translation in 1995, with a new, award-winning version by Len Rix in 2005. Rix, who has, in addition to Szabó, brought the work of the neglected Hungarian writer Antal Szerb into the English language, is also the elegant, unobtrusive translator of reissued Katalin Street, an earlier novel (1969) by Szabó, which charts the intensely linked histories of three neighbouring families in Budapest from 1934 to 1968.

There is an instant intimacy and nostalgia attached to place-names: rather like Philippe Sands’s engrossing non-fiction book East West Street, which blends a Ukrainian family’s wartime secrets with a study of human rights law and genocide, Katalin Street is simultaneously familiar and strange.

At its centre is the avoidable and brutal murder of a young Jewish woman, Henriette Held, in occupied Budapest, following the deportation of her parents and the subsequent guilt which has silted up the futures of her childhood companions; Irén Elekes and her sister Blanka, and Bålint Biro – Irén’s fiancé, and finally, decades later, her husband – the male figure around whom all three women circulate. (An image constantly returned to in the book is of the scene in which the four first meet as children in the garden of Henriette’s house in Katalin Street, where she, the outsider and youngest of the quartet, reluctantly joins in their endless circular singing game: “The cherry tree leans over/ Casting a long dark shadow/ Where the dark little girl/ Sits below . . .” )

The illusory nature of time, with its fault-lines, gaps and silences, is the dominant theme of a novel appropriately divided into two parts : “Places”, and “Moments and Episodes”, the whole book is heavy with presentiment and opaque sorrow.

The structure is deliberately non-linear, much as memory is. Szabó is exploring the effects of severe trauma and necessary erasure, in prose, which manages to convey precision and haziness almost in the same breath. Katalin Street is inhabited by ghosts, both real and emblematic: as the novel opens, Henriette, years dead, is making one of her many visits to the house where she had lived and died, entering every room in sequence, itemising the furniture, nodding to her mother making jam in the kitchen. “In the garden, nothing ever changed. The bronze fish still glinted in the sun, the water glistened, the fir trees stood darkly to attention, more black than green.”

Back in “real” life, or a simulacrum of it, Irén, at this point a harassed teacher in middle age, occupies a cramped flat opposite her former gracious home on Katalin Street with her ageing parents, young daughter and Bålint, now a disgraced doctor who, is, by one of the novel’s several turns of fate, her second husband, not her first as was originally intended.

Survival is exhausting: the pair are no star-crossed lovers but pitiable shells, ground down by years of invasion, denouncements and personal tragedy. Though Katalin Street is set during various times of historic upheaval, Szabó sketches that background lightly. What matters here, in this unusual, piercing, and – given Hungary’s current political climate – oddly percipient work, is the catastrophic effect on individuals, who have “discovered that the difference between the living and the dead is merely qualitative: it doesn’t count for much”.