JP Donleavy’s A Letter Marked Personal: The letter is an anti-climax, the book a troubling read 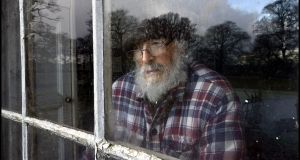 JP Dunleavy in 2014. For a book so obsessed with sex, and with women, A Letter Marked Personal knows frighteningly little about them. File photograph: Brenda Fitzsimons

JP Donleavy, author of The Ginger Man, began this posthumously-published novel in 1999, and completed it in 2007, though it is released by Lilliput for the first time this year. A Letter Marked Personal is a strange beast, hanging as it does on a plot device deployed in the very last pages of the book. It follows lingerie entrepreneur Nathan Johnson, who lives and works in New York, as is conducting an affair-of-the-heart with his young employee, whilst his wife Muriel flits in and out of the narrative. He is a thoroughly unlikeable character, though Donleavy tries often to gesture towards his moral calibre.

The letter of the title arrives with only 20 or so pages of the novel left, but the importance it is given, and the suspense its late appearance creates, sets up a sense of promise that is never quite fulfilled. Without giving any spoilers, the letter is rather an anti-climax, coming a little out of the blue, and though it reflects on the behaviour of the protagonist, it never fully links with the plot of the book as a whole. The other effect of this promised letter is that it also promises a twist, a sudden reversal that might redeem (or at least explain) the misogyny and amorality of the main character.

8 Fauci reveals what it was really like working for Trump

9 Six Nations 2021: Jack Carty among the faces that just don’t seem to fit

15 ‘I worry about my child falling behind, but my own work is beginning to suffer’

16 Blindboy Boatclub: ‘I had the choice of being a psychotherapist or a mad bastard’

21 Walk this way: 17 tips for getting the most from your daily lockdown outing

22 Eat, move, think: What you need to know about children’s health (teenage girls)

23 Mary Lou McDonald: Government must be active in conversation on a united Ireland

25 Why should the Leaving Cert have to be ‘brutal but fair’?

26 We think we have enough for a deposit. Should we buy now or rent a bit longer?

29 Traveller who tried to book hotel wedding awarded €15,000 for discrimination

30 Suzi Quatro: ‘If he’d done that backstage he’d have been singing soprano for the rest of his life’