Book review: Darran Anderson has placed a deliberate and fundamental uncertainty at the heart of this book 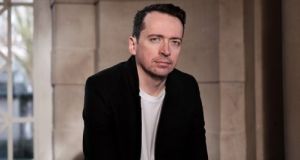 Late in Inventory, Darran Anderson’s disturbing and memorable history of “a river, a city, a family”, the narrator sits down to question his father. The scene is Derry, in what passes for the post-Troubles world; and the questions the narrator has in mind were until recently more or less unaskable, given that “not long ago, asking about what happened in the Troubles might get you killed”. But now, we are told that life is different, and so, “one night, I decided to talk to him, finally, properly”.

And a history pours forth: a childhood in postwar Derry, with its chronic housing shortages, political injustice, clannishness and claustrophobia; and an adulthood amid the violence of the Troubles, and hobbled by the psychological trauma which haunted these years and which continues to the present day. A life which, like every life in Northern Ireland, has borne witness to a profoundly abnormal history, the thread of which continues to unspool.

1 Anti-Irish bigotry in Britain has not gone away
2 Costa living: ‘Move home to Ireland? I’d hate it’
3 Bernie Sanders cements lead in Democratic race after win in Nevada
4 Steve Coogan: ‘Come Out, Ye Black and Tans is two fingers to the British’
5 Coronavirus: Almost 60 new cases recorded in Italy as two die
6 David McWilliams: Germany needs a new business model
7 Make this Stepaside brunch venue part of your weekend plans
8 Is my drunken, abusive husband capable of change?
9 England v Ireland preview: Ireland’s revival to face its sternest test
10 Archbishop: Sex abuse of women by L’Arche founder ‘reprehensible’
11 30 great family holiday destinations in Ireland and abroad
12 Ryanair’s Michael O’Leary under fire for comments on Muslim men
13 A Dad with brain cancer: I was given 18 months to live, it put things into perspective
14 The view from Clondalkin: If Sinn Féin don’t get in, ‘there will be marches’
15 ‘I never truly understood what community meant until I moved to Donnycarney’
16 Google completes purchase of Treasury Building for €120m
17 Weekend of floods, sleet and high winds in store as weather warning issued
18 ‘We would go back in a heartbeat’: Readers share their best family holidays
19 Ben Affleck: ‘It took me a long time to admit I am an alcoholic’
20 Lithuanian man given until midnight on Saturday to leave Ireland
21 Pat Leahy: Fianna Fáil and Fine Gael will not crawl off and leave McDonald the stage
22 Fintan O’Toole: Irish voters' actions are not populist – just sensible
23 Blue Brexit passports made by European firm to be issued from next month
24 Social Democrats will not join government involving both ‘civil war’ parties, leaders say
25 Easy homemade pizza for carnivores and vegans alike
26 French new wave stay on course for Grand Slam
27 Paul Flynn: How to cook the perfect chowder – don’t use flour and keep it simple
28 Garda mobile contract win causes concern over Eir’s use of Huawei kit
29 Ireland is home, and it is beautiful, and we do not talk about it enough
30 Would you kill one person to save five? Depends if you’re a millennial or not
31 Dancing With The Stars backstage: ‘I’d love to see Danny Healy Rae out there’
32 War of Independence files on IRA policing of spies goes on display
33 MV Alta: The unmanned voyage of the Ballycotton ‘ghost ship’
34 Irish pack must expose the weakness in England’s backrow
35 Do you have a Caroline Flack relationship with social media?
36 Welcome to my place . . . Venice
37 Crowning Glory: Three pivotal Ireland games at Twickenham
38 Paul Mannion pounces as Dublin see off unlucky Donegal
39 Parties to continue talks with Sinn Féin despite Drew Harris’s IRA comments
40 Miriam Lord’s Week: A grand coalition of grudges beckons
Real news has value SUBSCRIBE