In Other Words by Jhumpa Lahiri review: embracing a passionate culture 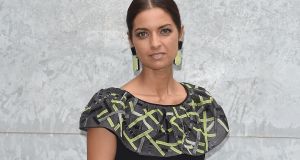 Jhumpa Lahiri: “A lack of a language to identity with.” Photograph: Venturelli/WireImage

Book Title:
In Other Words

Language is life. We take the one we first speak for granted, while the ones we set out to acquire become secret codes with a greater value. There is a thrill about discovering a word for the first time in another language. It is about the way a sound suddenly has meaning and through a linguistic transfer we diminish the gulf which persists between the original and the translation. The challenge is in detecting nuance and attempting to convey the exactness of a writer’s intent in the purest, most truthful form possible.

Exact is second nature to the writer Jhumpa Lahiri. Her fiction of displacement possesses a daunting integrity. She exists uneasily between cultures. Born to Bengali parents, she speaks that language, if with an accent she claims to be unable to perfect.

She looks Bengali but she sounds like a Rhode Island native – which she is, more or less, having arrived there at the age of two – and she is adamant about being an American writer.

When she won the Frank O’Connor International Short Story Award in 2008 for Unaccustomed Earth I was one of the judges and have interviewed her twice. She is very serious, sincere and likeable. Every response she makes is as deliberate as her fiction in which she explores marginalisation. “I’m from nowhere,” she once told me and the same melancholy that pervades her stories appears to haunt her.

Her unusual, personalised and relentless new book, which she describes as “a project”, is an impressionistic and unexpectedly painful, clinical and at times strained, account of her struggle to master Italian.

Lahiri’s connection with Italian is not about survival or imposition, it is free choice. She has no inherited tie to Italy, no historic or cultural obligation. Her passion is part of a personal quest: “Because of my divided identity, or perhaps by disposition, I consider myself an incomplete person, in some ways deficient. Maybe there is a linguistic reason – a lack of a language to identity with. As a girl in America, I tried to speak Bengali perfectly, without a foreign accent, to satisfy my parents but it was impossible.

“On the other hand, I wanted to be considered an American yet, despite the fact that I speak English perfectly, that was impossible too. I was suspended rather than rooted.”

Bengali is her mother tongue, she spoke it only until she was four. From what she told me of her early life, Lahiri always wanted to be American. This makes her apparent rejection of English in favour of writing in a new language which imposes a multitude of stylistic difficulties so perplexing.

In Other Words is written in a basic Italian and as its narrative, consisting of short entries, confessional exercises, is about her personal feelings, doubts and many anxieties, mainly on the theme of identity and belonging, it amounts to a selective memoir engaged with her cultural unease. It must be difficult for her Bengali parents to read it. Any emigrant parents who have left their countries and cultures have children aware of another world lurking at one’s shoulder and with it a different identity.

As a student aged 27 Lahiri first went to Italy, to Florence. She didn’t buy a guidebook, she bought a dictionary. She developed a single-minded and joyless passion. Lahiri declined to translate In Other Words, leaving it to Ann Goldstein, who has translated Elena Ferrante and last year edited the magnificent Complete Works of Primo Levi, in English. Goldstein conveys Lahiri’s intensity, a quality which also dominates Ferrante’s work. Both Lahiri and Ferrante are humourless which made Ferrante’s Neapolitan quartet heavy going for me, whereas Lahiri’s refined detachment compensates for her lack of irony.

Her frantic collecting of Italian words and her other learning rituals are similar to mine with German, but my fascination extends to the literature, the music, the people, the history, the country. All the colour and smells of Italy, the clamour of Italian life is absent from this monkish book. Italy for Lahiri is reduced to a sterile classroom in which she grapples with a language she loves and sees as a lifeline. Many would envy her being fortunate enough to be able to move to Rome with her husband and their two children, and apparently have the time and resources to concentrate on Italian. Beset by frustration and constant anxiety she proves a difficult companion, even for me, with a similar interest if probably far more dictionaries.

Much of Lahiri’s pain may be due to her success as a Pulitzer Prize-winning American writing about middle-class Indian academics assimilating into the US, a theme Saul Bellow worked so brilliantly with his Jewish characters of Eastern European heritage. Now she wants to write in Italian. Yet once you change language, everything reverts. It is back to the basics and the native speaker is always one or several steps ahead because colloquial ease invariably outwits rigidly formal correctness. Had Lahiri been an outstanding pianist attempting to master the violin would she have been as unhappy?

Learning a new language is a tremendous adventure; it is also fun and always humbling. The better you become the more you realise your linguistic and tonal limitations. Although I can read French well, when speaking it I sound like the actor Owen Wilson. This is disturbing as I am not from Texas. My ambition is to speak German, without a Texan accent.

Lahiri recalls her irritation that when buying clothes for her son, the sales assistant compliments her husband on his Italian: “My husband speaks Italian well, but he doesn’t speak it better than I do . . . I explain that we live in Rome, that we moved to Italy last year from New York. At that point the saleswoman says: ‘But your husband must be Italian. He speaks perfectly, without any accent.’”

The comment cuts deep. “Here is the border that I will never manage to cross. The wall that will remain forever between me and Italian, no matter how well I learn it. My physical appearance. I feel like crying. I would like to shout: ‘I’m the one who desperately loves your language. I’ve been studying your language for more than 20 years. I read only your literature. I can now speak Italian in public, do live radio interviews.’”

It is ironic that Lahiri, whose biggest risk as a fiction writer is that she doesn’t take risks, would hazard emerging as so petulant. Joseph Conrad mastered the literary music of English, his third language, as did Vladimir Nabokov. British writer Tim Parks moves between English and Italian with ease, Siberian-born Andrei Makine writes beautiful novels in French.

Perhaps Lahiri in time will find in Italian the passion and irony absent from her graciously melancholic fiction. She would do well to heed Makine’s opinion: “Language is just grammar. The real language of literature is created in the heart, not a grammar book.” It is difficult to detect any warmth within In Other Words only an aspiration to excel and, after all, ambition can prove a distancing motivation, as it does here. There is no celebration, only struggle; no humour merely frustration.