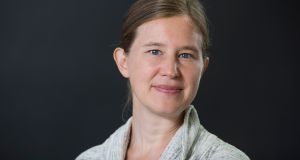 The most recent addition to my reading pile is Worked Over, in which sociologist Jamie K McCallum argues that Americans, in particular, have lost control of their work time, and that a reduction in working hours should now be a core tenet of social justice.

McCallum’s book was published in the US in September, the same month as Harvard philosopher Michael J Sandel’s The Tyranny of Merit, which contends that the mantra of individual striving, the notion that just rewards will come to those who, as Leo Varadkar might say, “get up early in the morning”, has taken a hammer to the idea of the common good.

7 Colum Eastwood: Seamus Mallon’s offer is still on the table if unionism is interested

9 Coronavirus: Vaccination of over-70s to start next month, says Donnelly

10 Sturgeon ups the ante with promise on independence vote

11 Blindboy Boatclub: ‘I had the choice of being a psychotherapist or be a mad bastard’

15 Suzi Quatro: ‘If he’d done that backstage he’d have been singing soprano for the rest of his life’

19 One mask is good. Would two be better?

23 Talks resume between unions and officials over reopening special schools

24 My Covid experience: ‘The mind starts to race. Oh God, why didn’t I do more with my life?’

28 Traveller who tried to book hotel wedding awarded €15,000 for discrimination

29 Covid-19: Passengers may be required to pay for stay in quarantine

30 Covid-19: How to look after yourself if you catch the virus

32 The Offload: Ireland’s succession issue at 10 on show once more

34 How did a remote Mayo town become Ireland’s most Covid-infected place?

35 Una Mullally: Government failing to lead us through pandemic

36 Michelin stars 2021: The Irish restaurants in the running