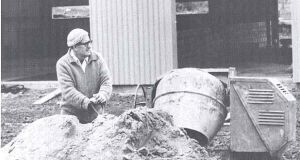 The lost generation that settled in Britain after the second World War is largely forgotten in Ireland. These exiles lack the glamour of the American Irish, and don’t fit into the “rags to riches” tales, so often told about those who crossed the Atlantic. The Irish-English have been left to loiter on the margins of our history.

Yet across almost every sphere of British society – media, education, trade unions, culture, politics, finance and sport – the children and grandchildren of these emigrants have ensured their presence is felt. People of Irish descent have made a vital contribution to the emergence of a multi-ethnic Britain.

8 No Irish howlers, but Prince Philip’s body language with McGuinness told a story

9 Leadership at issue as Fianna Fáil eyes prospects after pandemic

10 Fintan O’Toole: I got a mortgage at 24 – unthinkable for today’s young adults

11 David McWilliams: A female-led economy is coming – and it will be better

15 Ireland’s Generation Rent: ‘After 12 years renting, I’d like my own front door’

22 Belgium, France, Italy, US and Canada among 16 countries added to mandatory quarantine list

29 Magic Of Light can take Grand National glory for Harrington

34 Philip Boucher-Hayes trips over his own intellect

35 Ross O’Carroll Kelly: ‘The old man has promised to stop acting the dick’