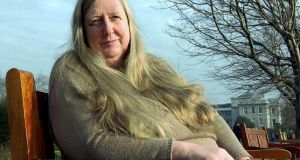 The winner of this year’s Irish Times Poetry Now award is Eileán Ní Chuilleanáin for The Mother House, published by Gallery Press. The winner had been due to be presented with the €2,000 prize at the Mountains to Sea festival in the dlr Lexicon in Dún Laoghaire today but the festival, like many other literary events was cancelled due to the coronavirus pandemic.

The other poets on this year’s shortlist were: Jane Clarke for When The Tree Falls (Bloodaxe), Vona Groarke for Double Negative (Gallery Press), Medbh McGuckian for Marine Cloud Brightening (Gallery), and Paul Muldoon for Frolic and Detour (Faber & Faber).

The three judges included the current editor of Poetry Ireland Review, poet Colette Bryce, Jackie Kay, who has been Scotland’s national poet laureate since 2016 and is chancellor of the University of Salford, and anthologist, broadcaster and author of poetry text books for students, Niall MacMonagle.

Speaking on behalf of the judges, McMonagle said that the panel had agreed that the poems in The Mother House “are rich and generous and rewarding. Reading them expands our understanding, they remind us of what poetry can do in terms of words and ideas. They sustain us.”

Describing the work in this, Ní Chuilleanáin’s 10th collection, he said it “explores those familiar themes of grief, loss, love and the past, a past both personal and historical; she writes of multiple lives, different lives, in richly-textured poems”.

Her words “come with insight, wisdom and a distinctive music all their own. These poems allow us enter worlds, worlds that reveal themselves slowly.”

MacMonagle quotes the words of President Higgins when speaking at Ní Chuilleanáin’s appointment to the Ireland Chair of Poetry: “Her poems have at their heart, an instinctive understanding of the importance of indicating the right of each individual mind to reflect on and see the world in its own way.”

Ní Chuilleanáin is a fellow and professor of English (Emeritus) in Trinity College, Dublin and has won the Griffin International Prize for Poetry. She is founding editor of Cyphers magazine and was Ireland’s Professor of Poetry (2016-19). As a young poet Ní Chuilleanáin won The Irish Times Poetry award in 1966.

Speaking about her writing she has referred to herself as “an oblique poet” who writes “partly because I have to write and partly because the things that give me cause to write are themselves obscure and they have a great emotional resilience which I do not quite understand”.