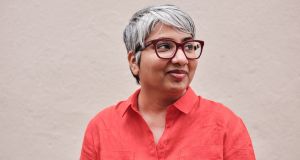 “When Mental was alive, he was a boss-man with eighteen or twenty children working for him, and he almost never raised his hand against any of them.” The opening line of Djinn Patrol on the Purple Line lands us straight into the world of India’s slums, in a debut novel that is teaming with life despite its deadly subject matter.

Deepa Anappara, the book’s author, is well placed to tell the story of the estimated 180 children who go missing each day in India. Born in the south of the country, she worked as a journalist in India for 11 years, reporting on human rights and education. Anappara has a masters in creative writing from the University of East Anglia, where she is currently doing a PhD. Her captivating debut is the winner of the Lucy Cavendish Fiction Prize, the Bridport Prize and the Deborah Rogers Foundation Writers Award.