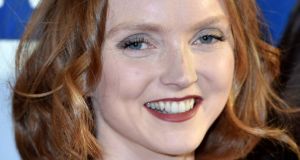 Lily Cole said prejudice made her briefly consider using a pseudonym for her work, as the Brontë sisters had done, to be taken more seriously. Photograph: Matt Crossick/PA

We were barely three days into the new year when we had our first literary drama of 2018. When Lily Cole was named creative partner by the Brontë Society for the bicentenary celebrations of Emily Brontë’s birth, society member Nick Holland said he would resign in protest. In his blog he wrote: “What would Emily Brontë think if she found that the role of chief ‘artist’ and organiser in her celebratory year was a supermodel?”

Indeed, what would Emily Brontë think? A woman who defied convention through her writing and let loose the elemental force that is Heathcliff, and the complex creature of Catherine, on the literary world. Would she be such a traditionalist? Having passed away at just 30 years of age, she only lived long enough to read the mainly negative reviews of her book. Would she be happy to see her work, 170 years later, being promoted by a contemporary young woman with a passion for books? Well, we’ll never know, although Mr Holland presumes to have the answer.

Given that the organisation’s role is to “promote the Brontës’ literary legacy within contemporary society”, one would have thought the appointment a real coup. It shows that someone was thinking outside of the box – engaging with a figure outside of the literary world who could help to bring the Brontës work to an entirely new audience. Yet Mr Holland, a self-professed purist, seemed content to dismiss Cole as an actor and “a social entrepreneur (whatever that is)”. If he had taken the trouble to find out, he would have learnt that Cole, a graduate of Cambridge University, is a literacy advocate (global ambassador for Project Literacy) and in 2014 saved a Soho bookshop from closure by becoming a co-owner. Granted, that may not be the traditional CV of someone applying for a job with the Brontë Society, but why must these positions remain the reserve of the (largely male) literary elite? As Cole remarked herself, in relation to the Brontës’ use of male pseudonyms when publishing their work: “I find myself wondering, fleetingly, if I should present the short film I am working on for the museum under a pseudonym myself, so that it will be judged on its own merits, rather than on my name, my gender, my image or my teenage decisions.”

Celebrities taking an interest in promoting more worthy causes is nothing new. I fail to recall any scientists mopping up their bitter tears with litmus paper when Dara Ó’Briain decided to put his degree to good use and began promoting all things maths and science on the BBC. He would be the first to admit that he is not an expert, yet no one cried “What would Einstein make of a comedian explaining the theory of relativity?”

So why are some men seemingly so threatened by women who have a passion for books? And what about women writers? Do they fare any better? Just before Christmas, the Irish writer John Boyne dropped his own bombshell on the literary world with his article claiming that women are better novelists than men. Slightly irreverent in tone, it was the article every woman author didn’t know she was waiting for. He spoke of double standards in the publishing industry and how the middle-aged white man is still seen as the true artist. While admitting the overgeneralisation of such a statement, he succeeded in his aim, which was to push the pendulum to the other extreme and see how men like it. They didn’t. His article sparked some very aggressive comments, mainly from men who, oddly, assumed he was a she. And as we all know, the only thing worse than a woman writer is a woman writer moaning about inequality.

1. You'll probably have to work twice as hard as a man (and be twice as good) to earn half as much respect, acclaim or attention. #TenThingsWomenWritersShouldKnow

Gender should have no bearing on a writer’s talent (or lack thereof), yet it often does in publishing. As the author Sheila O’Flanagan pointed out in response to Boyne’s article, “I think men get disproportionately praised for their writing. They can write some brilliant things, but the bar is set lower.” One need only look at the figures produced every year by Vida, an organisation that highlights gender imbalance in publishing, to see the imbalance in the number of women who write or are reviewed in publications such as the London Review of Books and New York Review of Books. The fight to have covers representing their work, not their gender, the fight against having their books banished into the genre of chick lit or women’s fiction, when there is no male equivalent category, goes on.

Two hundred years after Brontë’s birth, women are still resorting to the use of male pseudonyms, JK Rowling being one of the most well-known to do so, as Robert Galbraith. To publish as a woman in Brontë’s time meant having your work viewed as trivial and sentimental. The value of these literary texts has changed over time, to such an extent that they are now viewed as classics, yet the gender bias that existed then hasn’t changed very much at all.

The author Joanne Harris wrote a timely Twitter thread to start 2018 as part of her #TenTweets series on what women writers should know. Number one? “You’ll probably have to work twice as hard as a man (and be twice as good) to earn half as much respect, acclaim or attention.”

Maybe someone should tell Lily Cole that – although, as she’s a woman, I’m sure she already knows. The constant struggle to be taken seriously is a common theme for women in all professions. Not only will she have to work twice as hard to prove herself in her new role, she’s already having to prove herself a suitable candidate for the job. One wonders if the previous creative partners were held to such account.

Being pretty doesn’t help. Another hindrance to Cole’s ability to execute her new role, no doubt. A woman in possession of beauty and brains: can such a thing exist? A famous photo of Marilyn Monroe reading Ulysses has undergone a disproportionate amount of investigation into whether Marilyn was really reading Joyce. I’m sure she had the last laugh at these literary snobs, for therein lies the beauty of books. No dress code, secret handshake or membership of an elite society is required to read books. No barriers exist between writer and reader, so why are people still so intent on creating them?

Interestingly, it seems this bias is not reciprocated when it comes to how women feel about men reading books. I was, rather unusually, introduced to the Instagram account Hot Dudes Reading by none other than the Irish author Lisa McInerny on John Kelly’s radio show The Mystery Train. It has 982,000 followers (I had to check, for research). Just think: if reading can make you more attractive, imagine how attractive you will be if the book you’re reading was written by a woman.

Evie Gaughan is author of The Heirloom and The Mysterious Bakery On Rue De Paris; eviegaughan.com