‘The Irish Times’ is publishing a poster of Irish women writers as a rebuke to the familiar men-only Irish Writers version. It’s a joke with a serious point 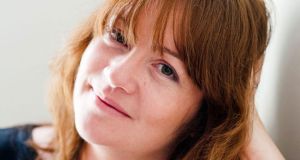 Never had it easy: it took Eimear McBride nearly a decade to get A Girl Is a Half-Formed Thing into print

The mother of the Irish novel, Frances Sheridan, was brought up to be illiterate. Her father didn’t want her to be able to read, and her brothers had to teach her in secret. Many of the plays of the most striking Irish woman dramatist, Teresa Deevy, remain unproduced to this day. One of the most historically significant of Irish plays, Cathleen Ní Houlihan – the one of which WB Yeats asked the self-important question, “Did that play of mine send out certain men the English shot?” – was largely written by an uncredited woman, Augusta Gregory.

Peig Sayers, one of the last great storytellers of the European oral tradition, is remembered chiefly as the founder of Irish misery lit. Molly Keane, one of the finest comic novelists of the 20th century, wrote under the gender-neutral name MJ Farrell and dropped off the radar for four decades until she finally re-emerged with the scintillating Good Behaviour.

1 Three relatives dead after apparent murder-suicide in Kanturk, Co Cork
2 Don McLean: ‘My ex-wife is the worst person I ever knew’
3 Gardaí not seeking anyone else in relation to Cork shooting deaths
4 Gardaí say 52 people who went missing in 2020 not yet found
5 Cork suspected murder-suicide may have been over disputed will
6 Fintan O’Toole: Knock-knock joke on house parties is a Covid charade
7 Almost 20% of staff at Dublin hospital have antibody evidence of Covid-19 infection
8 Woman stranded in Ireland due to pandemic has ‘miracle baby’
9 How much state pension will I get next year?
10 UCD professor asked to resign from EU committee over Covid-19 claims
11 Europe needs ‘serious acceleration’ in fight against Covid-19, warns WHO
12 Seán O’Brien: Anger over my parents’ break-up never left me
13 Transmission of Covid-19 on flight into Ireland linked to 59 infections
14 Cannabis plan for State-owned bogs goes up in smoke
15 Covid-19 in a cramped flat: ‘It was the most horrible time of my life’
16 Appeal for missing woman: 'She is my only sister... it’s still torture'
17 Lack of mandatory face covering rules for taxis leading to ‘challenges’
18 Life under Level 5: Where can I go, who can I see, what is closed and what is open?
19 Two hundred Irish retailers for all your online Christmas shopping
20 US election: Money makes electoral world go round as candidates spend big
21 From the past to modernity: images of Ireland transforming
22 The nation’s children have set an example we could learn from
23 Sophia Loren: ‘I never had a relationship with my father’
24 Forget Emily in Paris: The real Parisian women shaping the city
25 Oxford Covid vaccine trials offer hope for elderly
26 High-intensity workouts may be more enjoyable than less strenuous exercise
27 Munster earn bank holiday bonus in entertaining Thomond Park tussle
28 How long can Government afford to keep State pension age at 66?
29 Lessons of pandemic key as Ireland stands at crossroads
30 Tourists and renters to be permitted in student accommodation
31 Covid-19 fears spark record increase in homeschooling
32 Population growth projections for Tullamore queried
33 Strengthen your muscles without leaving the house
34 Hurrah for the companies giving staff more time off
35 Wet pubs and schools reopening led to rise in Covid cases, says Mayo GP
36 Education sector to offer thousands of free courses to workers affected by pandemic
37 Covid-19: Public urged to ‘stay at home’ as 1,025 further cases confirmed in State
38 All in the Game: Klopp’s Amsterdam subs don’t go down well
39 Irish birth rate continues to fall amid sustained increase in deaths
40 Why would voting Biden not fall in line with Catholic teaching?
Real news has value SUBSCRIBE