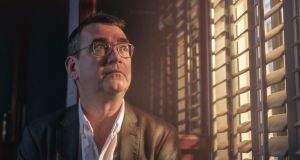 Moral certainty is a luxury no decent spy novelist can afford, and especially now that the old ideologies have been replaced by variations on neo-liberal capitalism.

Mick Herron’s Slough House (John Murray, £11.99) is the latest in a series of novels that have charted the decline of the British secret services, in which the “slow horses” of British intelligence – the goofs, screw-ups and no-hopers – have been exiled to the purdah of Slough House, which is run by the Cold War veteran Jackson Lamb.

1 Food and mood: Why nutritional psychiatry is attracting attention

3 Q&A: Covid vaccine side effects – What are they, who gets them and why?

6 Maternity leave during lockdown has its advantages

7 Covid-19: State on track to ease retail restrictions in May amid extra Pfizer vaccines

11 Robert Watt may seek to rein in Tony Holohan

12 ‘They could have killed me’: Man pushed off bicycle while cycling at Sally Gap

14 ‘I could attach 10 years of sadness to a throwaway comment, and nobody would know except me’

19 Q&A: What now for AstraZeneca and Johnson & Johnson vaccines?

20 Entropy and the relentless drift from order to chaos

21 Newton Emerson: London and Dublin are making a problem of a solution

23 Lena Dunham: ‘There’s so much judgment around bigger bodies, like bigger women are stupider’

25 Irish birds more endangered than ever before, report finds

28 Acquiring citizenship through school: a compromise in Europe's immigration debates?

32 Q&A: Which Level 5 restrictions are being lifted from today?

33 The Khmer Rouge controversy: Why colourising old photos is always a falsification of history

35 My Bloody Valentine: Very loud, very fuzzy, and heading back to their Irish studio

40 ‘Worse than any horror film’: Inside a Los Zetas cartel ‘kitchen’