Cormac James reveals the idea behind ‘The Surfacing’

The discovery last month of Sir John Franklin’s ship may have made his novel topical but, as the author explains, he was searching for something very different 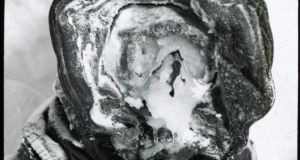 An early Polar explorer: “Perhaps that’s why the story of the Franklin debacle and the Franklin searchers appealed so much,” says author Cormac James. “ I couldn’t resist the chance to have such wilful sacrifice go wrong” 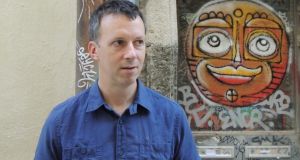 Cormac James: “in The Surfacing my interest is not primarily in the Franklin history, or the period, or even the Arctic. Nor the historical nor the geographical so much as the psychological space they move in”. Photograph: Christophe Coudouy

A month ago, most people had never heard of Sir John Franklin. Hardly surprising, as he hasn’t been seen for 170 years. Now he’s in the news all over the world. For me, though, the discovery of his ship (by Canadian marine archaeologists) is something of a disappointment. It’s like seeing a favourite author suddenly shoot to fame from obscurity. What was a private pleasure is now public property, with all the cheapening that the bright lights tend to bring.

If my personal interest in Franklin is complicated, at least the history is easy to map. Context: the search for a trade route to the Far East over the top of Canada – the famous Northwest Passage. The Victorians’ brashest effort (two customised ships, the Erebus and Terror, carrying 129 men) went up there in 1845, with Navy hero Franklin commanding, and was never heard from again. Despite dozens of search expeditions, it was a decade before any definitive trace was found. That was on a remote island in the Canadian archipelago – a brief note mentioning Franklin’s death and both ships’ abandon. Also, a trail of possessions and bodies along an overland route taken south, as the starving sailors attempted to reach the North American mainland. In none of the debris found then or since did anything adequately explain the debacle of abandon, hunger, and even cannibalism – the last resort of those desperate men.

7 One-quarter of TDs are property investors or landowners

8 Covid-19: Self-isolation rules to be eased for healthcare workers

10 Megan Nolan: At 15, I betrayed my boyfriend under the influence of the little alcohol it took

14 Barry Gibb: ‘My brothers had to deal with their demons, but my wife wasn’t going to have it’

17 Behind Her Eyes: Sarah Pinborough on writing the Eve Hewson hit and its ‘WTF’ ending

18 Johnny Watterson: I do not buy the apology around paedophile John McClean

21 Q&A: What are the new coronavirus variants and should we be worried?

24 Sausage and egg muffin that’s better than the takeaway? Here’s how to do it at home

26 Caffeine hit: The rise and rise of Irish coffee culture

30 Couple in 80s have bankruptcy extended by five years

32 Jennifer O’Connell: The Government doesn’t trust us and it’s mutual

33 THE ALIENS ARE COMING

38 Deaths of three brothers near Mitchelstown investigated by gardaí