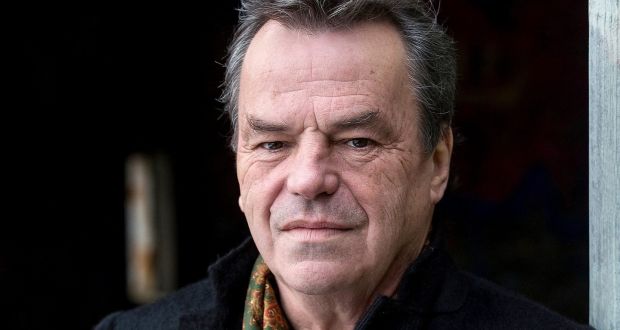 Neil Jordan: “His mythology has too many elements that do not quite cohere: the Tuatha dé Danann, Milton’s Paradise Lost, even the Biblical tale of the immaculate conception – all seem to jostle for space as precursors of this world.”

The epigraph to Neil Jordan’s new novel is “Come away, O human child!”, from the chorus to WB Yeats’s The Stolen Child. That poem is a romanticised evocation of a much more disturbing folkloric figure, the changeling. The belief that the fairies would take a human infant and leave in its place a humanoid shell of a creature was obviously one way of expressing the pain of mentally disabling conditions for which there was no better explanation.

In Carnivalesque, Jordan returns to the changeling theme, giving it back some of its sinister power. The twist is that here both versions of the same boy – the stolen child and his apparently identical Dopplegänger – continue to exist. And the novel itself has something of this double existence. It is, or tries to be, at once an elaborate fantasy and a poignant human story.

Jordan’s work has always been drawn in these two directions. His films divide roughly between the fantastical and the realist – for every Michael Collins or The End of the Affair, there is a ghost, a vampire, a werewolf or a mermaid. His novels likewise: the vivid social and political detail of a book such as The Past rubs up against the Gothic wildness of The Dream of a Beast.

Still, he is at his most powerful in both media when these two strands are most tightly interwoven. Think, for example, of the perfect balance between the sharply etched small town world of The Butcher Boy and the apocalyptic fantasia that hovers over it. Or of the beautifully judged blend of the ordinary and the uncanny in the novel Shade.

Carnivalesque, however, is not one of those perfect Jordan works. It is too much in love with its own fantastic contrivances to be really moving.

The odd thing about Carnivalesque is that it is a kind of revisiting of a much finer book, Mistaken (2011). Here, too, there are two identical boys, growing up on opposite sides of Dublin. Mistaken has its Gothic elements (one of the boys lives beside the house where Bram Stoker was born), but they are rooted in a wonderfully evoked sense of personality and in a language that is marvellously translucent. The Dopplegänger theme is used to explore the slipperiness of identity, and the fantastical elements enrich rather than distract from the humanity of the story.

Carnivalesque goes back to the same basic idea, but this time with a more up-front commitment to the supernatural and grotesque. Paradoxically, by being much more interested in magic, it becomes rather less magical.

In the hall of mirrors at a carnival-cum-circus, 14-year-old Andy is captured by his own reflection in the glass. His other self, which is now a changeling simulacrum, leaves to resume his life with his unsuspecting parents in the north Dublin suburb of Bayside.

Andy, his name now scrambled into Dany, is rescued from the mirror by a circus performer, Mona, who appears to be a girl of his own age but who is really an ancient member of a long-living race with supernatural powers. He becomes a carnie himself while the other Andy takes his place as the only child of his mother, a housewife, and his father, a jam salesman whose passions have been reduced to the world of condiments and marmalades.

But neither boy is who he seems. And, all the time, the sinister incorporeal figure of the Dewman, aka an fear draíocht, is rising towards his apocalyptic revival.

Within this tale are two novels. One is a poignant realistic story about the fearful transformations of adolescence. Andy and his mother Eileen are extremely close. But the new Andy, the shell that emerges from the hall of mirrors, is distant, uncommunicative, apparently in a world of his own. Most parents have dealt with just such changelings, and Jordan’s description of Eileen’s bewilderment and suffering is tender and touching. The novel has a vivid, grown-up life in the chapters that centre on Eileen – the ordinariness of her dilemma speaks to us much more clearly than the exotic circumstances that have created it.

The other novel is a very interesting but often strained attempt to reconfigure Irish mythology. At the heart of that mythology is the notion of the Tuatha dé Danann, the godlike people defeated by humans who must live a parallel existence in a human-dominated world. Jordan reimagines them as the carnies among whom Dany must discover his own true nature. After the Great Hunger destroyed the people who still believed in them, they have retreated into a sphere (the circus) where their special powers can be disguised as feats of skill.

This is all intriguing, but Jordan himself seems to see this mirror-world through a glass darkly. There is an elaborate set of inventions, such as the mildew that is produced by human emotions and harvested by the carnies for its magical properties. But the mythology has too many elements that do not quite cohere: the Tuatha dé Danann, Milton’s Paradise Lost, the wonderful TV drama series Carnivale, even the Biblical tale of the immaculate conception – all seem to jostle for space as precursors of this world.

Jordan struggles to find a linguistic register in which to make these fantasises seem real. The prose sometimes has the slightly patronising knowingness of some young adult novels. The strain produces some atypical verbal tics that should have been winnowed out in the editing: “soughing” is a lovely word but not when it recurs again and again; “vocalise” is an unlovely word, especially when it recurs.

In his 1984 film of Angela Carter’s The Company of Wolves, Jordan created a beautiful mythic version of the trials of female adolescence. Carnivalesque might have done the same for the male transition from boyhood to manhood. There are times when the book has an aching, plaintive melancholy. Those times come when it remains most firmly on the ordinary human side of the looking glass.

Fintan O’Toole is an Irish Times columnist and editor of Modern Ireland in 100 Objects, published by the Royal Irish Academy.