Miss Austen by Gill Hornby is quite lovely; Toby Ferris’s Short Life in a Strange World works on several levels 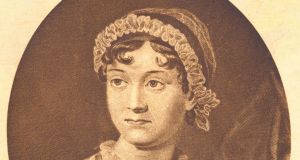 Here We Are Now
By Graham Swift
Scribner
Graham Swift’s publisher suggests Here We Are Now, in truth more novella than novel, offers us a masterly piece of literary magicianship. The premise is equally enticing – an illumination of the real-life drama playing out behind the scenes of a Brighton theatre variety show in 1959. Swift has already proven what a powerful writer he can be, in a stellar career that includes the internationally beloved Mothering Sunday. A scattering of Swift’s exquisite prose, and insightful observance of the human condition, does break through here, but overall this work reads more like an extended prologue of exposition before the real novel will commence. Much repetition does little to deepen the narrative. Despite all of the ingredients being in place for a magical performance, on this occasion, the audience is left wanting more. Helen Cullen

Miss Austen
By Gill Hornby
Century Press, £12.99
Austen family records have it that Cassandra, beloved sister of Jane, burned family letters she deemed damaging to the family name, and particularly to Jane’s memory. Alternating between the early- and mid-1800s, Hornby traces Cassandra’s story as she seeks out and finally finds the letters. Memories are sparked of how Cassandra and Jane were wrenched from their beloved family home in Hampshire and set on a period of travel around the south of England, at the mercy of friends and family for accommodation. Many of the themes familiar from Austen’s novels are deftly revisited by Hornby, and the letters that are reimagined are pitch-perfect, with deeply touching confidences shared in family correspondences. You can tell this book by its cover – it’s quite lovely. Claire Looby

Dominicana
By Angie Cruz
John Murray
Dominicana, inspired by the story of the author’s own mother, is told through the vivacious mind of Ana, a 15-year-old Dominican girl who marries Juan, a man more than twice her age, and follows him to 1960s New York for better prospects for herself and her family. As Ana navigates through the challenges and opportunities of being an immigrant, she works on her resourcefulness, which, in resonating words of advice from her mother, includes the choice between being a manatee or a shark and learning how to show her teeth to survive. This compassionate and ingenious novel has an endearing vibrancy in the storytelling that, page after page, makes it addictive reading. Giovanni Frazzetto

Angel Fur and Other Stories
By Csilla Toldy
Stupor Mundi, £6.50
Csilla Toldy escaped communist-ruled Hungary, and some of these stories concern repressive regimes. In Necrophilia, a hairdresser who looked after Lenin’s embalmed body makes the mistake of taking some of his hair and nail clippings, for which she is put away, and in Blue Shoes, a gifted student is prevented from publishing a radical magazine by the college authorities. Most stories are realistic, but magic realism features in Angel Fur, where a London society beauty sprouts wings made from newspaper to escape the paparazzi, while in Colorado, Sunset, an athlete learns about the nature of love from a supermind mounted on a prosthetic body overlooking the Grand Canyon. Liberty Bell is a standout story of once parallel lives suddenly meeting, and The Boy is also poignantly memorable. Brian Maye

Finding Chika
By Mitch Albom
Sphere, £14.99
Chika Jeune from Haiti died of brain cancer at the age of seven. “Seven years is too short a life, but it is long enough to have touched – and be touched by – many.” When Chika fell ill at five, Mitch Albom and his wife, Janine, became her legal guardians and brought her from the orphanage they operate in Haiti to their home in Michigan because there was no treatment available for her in Haiti. There followed a two-year, around-the-world journey in a desperate search for a cure for a disease no one has yet survived. Chika was a brave, self-assured, full-of-life child with boundless energy, optimism and humour. This poignant, personal, moving story is testimony to the great impact she made. Brian Maye

Short Life in a Strange World
By Toby Ferris
Harper Collins, £20
In 2012, facing the death of his father and the pressures and joys of parenthood, Toby Ferris embarked on a mission as strange and unpredictable as the book that would result from it. Across two continents and 12 countries, Ferris would visit 22 galleries in a quest to find and view each of the 42 surviving paintings by Pieter Bruegel the Elder. Ferris’s book functions on numerous levels. On one, it is an intensive and valuable interrogation of a renowned artist’s work. On another it is a breathtaking flight across countries and continents, a race for knowledge, an exhilarating adventure. And on the last and perhaps the most affecting level, it is a personal story, a tender and generous memoir, gently teaching us that art and life are, in all the ways that matter, the same thing. Becky Long