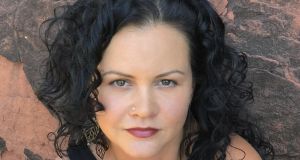 Jeanine Cummins: drew on her grandmother’s experience of being displaced and misunderstood

In 2017, when Jeanine Cummins was writing American Dirt, a migrant died every 21 hours along the US-Mexico border. Worldwide that same year, a migrant died every 90 minutes in the Mediterranean, in Central America, in the Horn of Africa. Today, three years later, you need only scan the papers to find stories of “32 Libyans” rescued on the Mediterranean Sea, “60 migrants” intercepted on the English Channel, or “57,000 asylum seekers” waiting on court hearings in Mexican border towns. “But statistics cannot conjure individual human beings,” Cummins says. “I wrote American Dirt because I wanted to access the human story behind the headlines.”

My God, does this book shake the statistics out of you. It starts with a gunshot – “One of the very first bullets comes in through the open window above the toilet where Luca is standing” – and does not let up. It places you right in the heart of the terror and holds your eyes open. Released at the end of January, this might be the first book some people read this year. It might also be the best.

1 Shane Ross: ‘I lost a friendship with Mattie McGrath completely. He got totally personal’
2 Murder in a crowded house: The full story of the Patricia O’Connor trial
3 Soreness is good, scales are pointless: The 10 biggest myths in fitness
4 Areas advised to ‘stop everything’ as Storm Jorge hits Ireland
5 Storm Jorge set to bring flooding, falling trees and power outages
6 Britain is uncomfortable because Ireland has the upper hand for the first time
7 ‘Nobody cares’: Children freeze to death as Syrians flee onslaught in Idlib
8 Coronavirus: Aer Lingus cabin crew in self-isolation after passenger’s positive test
9 Fianna Fáil and Fine Gael fear they are in a lose-lose scenario
10 Coronavirus global risk warning raised to ‘very high’
11 Bank leaked my loan request to family who tried to rip me off
12 Joshua Allen jailed for 15 months for drugs offences
13 ‘I woke up the next day in a guy’s house covered in bruises’
14 Larry McCarthy to become first overseas president of the GAA
15 Ryan Baird scores a hat-trick as blue wave rolls over Glasgow
16 Two Irish-born children lose appeals over asylum and protection process
17 ‘I had to tell my mum not to say that as it means something else’
18 Miriam Lord: Lofty Leo and pals look back with misty eyes
19 Coronavirus advice: Wash your hands and avoid hugging, kissing and hand shaking
20 David McWilliams: ‘I’m all right Jack’ politics has fuelled the rise of Sinn Féin
21 Coronavirus: Myths that have gained traction
22 Man (21) jailed for inflicting ‘catastrophic’ injuries on baby girl
23 Suspicions rife as key Brexit trade talks begin in Brussels
24 Photographs of the year: PPAI awards selection
25 Paraic O’Donnell: MS is meticulously destroying me. I am being unmade
26 End of the real Jack Reacher? Lee Child passes pen to his brother
27 10 things I’ve learned in 12 years living in Spain
28 Tree-felling ‘conscientious protector’ convicted of timber theft
29 Fine of €50,000 imposed for filling wildlife lagoon to create gallops for horses
30 Status red ‘severe’ wind warning issued for Galway and Clare as Storm Jorge approaches
31 Rapist treated drunk schoolgirl ‘like a dog’, judge says
32 5,000 people from 135 countries to become Irish citizens next week
33 Netflix: 10 of the best new shows and films to watch in March
34 Could a keto diet be bad for athletes’ bones?
35 Coronavirus: Communist Party mask has slipped as Chinese endure lockdown
36 Coronavirus: reinfection discovery may be blow to vaccine hopes
37 World health body raises coronavirus risk alert to ‘very high’
38 Row over selection process delays Greens’ Seanad nominations
39 Horse owners embarrassed ‘perfectly good’ stallion sent for slaughter, court told
40 Life as a Facebook moderator: ‘People are awful. This is what my job has taught me’
Real news has value SUBSCRIBE